A total of 513 students from Institute of Brunei Technical Education (IBTE) who will be graduating next Tuesday were feted in a Khatam Al-Quran ceremony yesterday in conjunction with the 30th convocation ceremony.

The ceremony commenced with the recitation of Surah Al-Fatihah led by the guest of honour, Chairman of Sabli Group of Companies Haji Abdul Hamid @ Haji Sabli bin Haji Arshad in his capacity as a member of IBTE’s Board of Governors.

The ceremony aims to encourage students to love Al-Quran and read it daily. 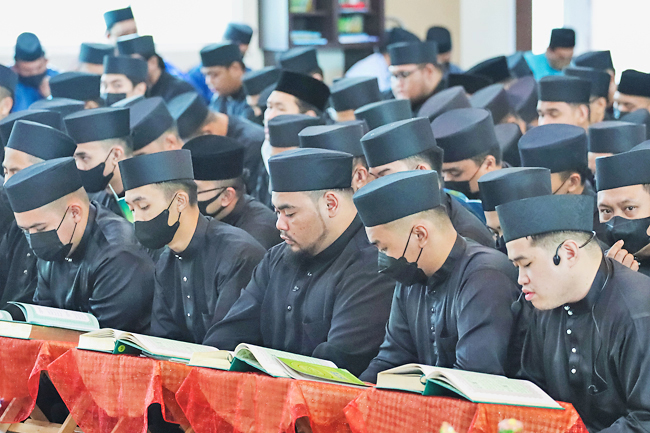