The ceremony started after mass Maghrib prayer with the recitation of Al-Quran verses by a student from Morocco Nour Eddine Chagraoui, who is currently studying at Universiti Islam Sultan Sharif Ali (UNISSA).

It was followed by the recitation of Takhtim, Dikir Marhaban and Doa Khatam before concluding with a mass Isyak prayer.

The ceremony aimed to seek blessings from Allah the Almighty for the well-being of His Majesty and the people of Brunei Darussalam, while also expressing gratitude for the country’s continued prosperity under the leadership of His Majesty.

A Dikir performance from the Kampong Bunut Mosque Muslimah Group followed, before a certificate presentation. 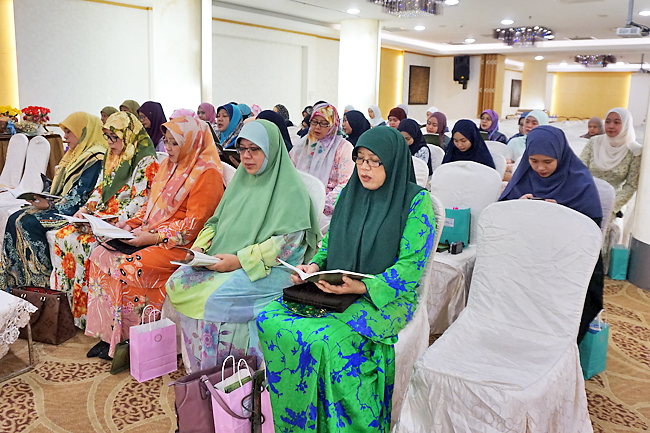