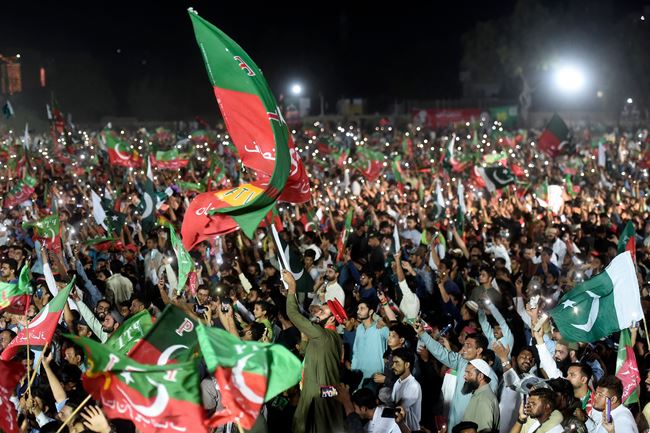 ISLAMABAD (AFP) – Former Pakistan prime minister Imran Khan is a candidate for seven of eight national assembly seats up for grabs in a key by-election today, a vote he said is “a referendum” on his popularity.

The by-election is the latest twist in political wrangling that began after Khan’s April 10 ouster via a parliamentary no-confidence vote.

It comes as the nation grapples with the aftermath of devasting monsoon floods that affected more than 30 million people and left a third of the country under water.

Candidates can stand for multiple seats in Pakistan elections. If they win more than one they choose which to keep, and a separate vote must later be held for those forfeited.