It is common to see bunga telur on display and handed out as gifts at events such as weddings and religious ceremonies. After all, tradition and customs are deeply ingrained in the people of Brunei Darussalam.

These traditions have survived to this day, though they have evolved, prompting a shift in the way it is made and presented – from the tradition of a simple handmade flower coupled with a boiled egg to more elaborate designed versions more suited to modern world.

While its origin is unclear, it serves to express one’s gratitude and represent a fertile union and blessing at weddings.

This resonates with the passage of time, as the bunga telur tradition that has been passed down for generations. 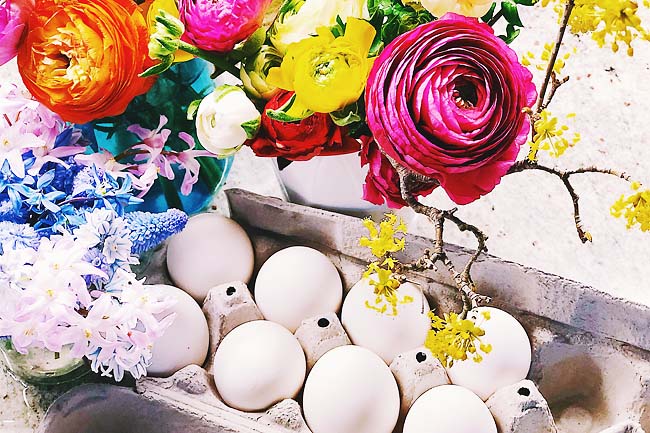 “It can be any event, including Khatam Al-Quran. It is important to have bunga telur as a staple. An event without it is missing a large portion of our tradition,”
she said.

Despite the changes throughout the years, Hajah Rokiah is relieved to see that it has continued to be a mainstay at events.

“Today’s bunga telur is more decorated, whereas previously it was just dyed boiled eggs,” she said. “Now we see more decorative flower petals and ribbons to accentuate its presence at events.”

Hajah Rokiah said it is important to ensure that the youth grasp the importance and meaning of bunga telur to carry on the age-old tradition.

“Young people have to understand what it stands for and learn the process of makinng it, so the tradition does not die out,” she said.

Few will remember its humble beginnings during which a bunga telur consisted of a boild egg wrapped in a tissue or paper towels snuggled in a wooden or rattan container. Now, it is often more elaborate with captivating flower bouquets to commemorate important events.

Thanks to tradition-minded local artisan, bunga telur will maintain its relevance but not without a few tweaks to meet the ever-changing tasted in modern times.