THE WASHINGTON POST – Hanging out in the backyard with family and friends can be bliss. Having to shoo and swat mosquitoes at the same time?

But think twice before you call in a professional pest-control company, even one that claims to be eco-friendly or all-natural.

Although this seems like a convenient option, the sprays they disperse to kill mosquitoes will probably also kill friendly pollinators – animals and insects that benefit plants.

“If you lose all the pollinators in your yard, you may get a lower yield in your vegetable garden, or your flowering bushes may not make seed and bloom the following year,” she said. 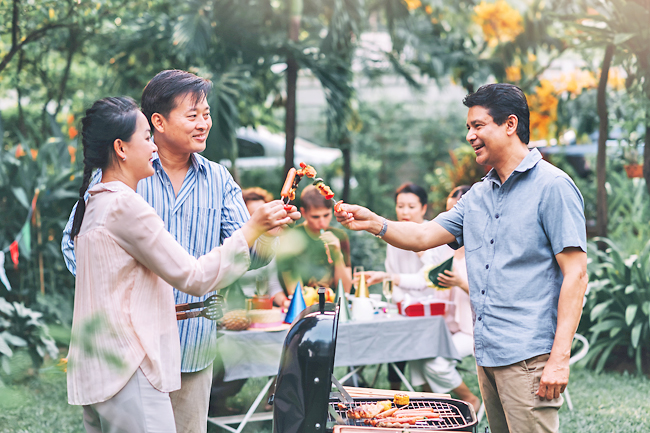 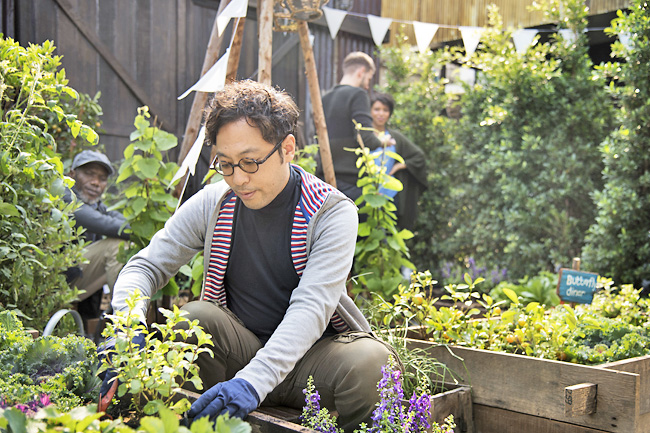 Even worse, the loss of pollinators could set off a domino effect beyond your yard. If plants don’t survive, they can’t pull carbon dioxide from the atmosphere to build leaves and stems for animals to eat, and they can’t release oxygen through photosynthesis. That makes a big difference in keeping the air clean.

Mosquitoes may seem like nothing more than an obnoxious pest, but they play an important part in the ecosystem.

Their eggs, found in water, serve as a food source for fish and macroinvertebrates, said entomologist with national pest-control company Mosquito Squad Emma Grace Crumbley. And after they emerge from the eggs, they are food for birds, frogs, bats and other species.

On the flip side, some mosquitoes carry West Nile virus, so it’s important to protect yourself against their bites as much as possible.

That sets up a conundrum: How do we keep mosquitoes at bay without causing collateral damage to pollinators?

Here are some options, many of which use nature as the solution.

Female mosquitoes lay eggs in standing water, and they can’t reproduce if the larvae have no place to live. At least once a week, empty anything that can collect or pool water, such as buckets, birdbaths, dog bowls, kiddie pools, tarps, playground equipment, plant saucers and gutters.

“You’d be surprised by how little water (mosquitoes) need. Even a discarded water bottle or an empty bag of chips with some rainwater can be a breeding ground,” said medical entomologist and assistant professor at New Jersey’s Montclair State University Matthew Aardema whose research focusses on mosquitoes.

GIVE THEM A BTI COCKTAIL

For bodies of standing water that can’t be drained, try using a Bti product. Bti is a bacterium that specifically targets mosquito larvae without affecting other organisms. When the larvae ingest the Bti, it kills them within minutes.

“Targetting larvae populations is more environmentally responsible versus wholesale spraying,” Aardema said. You can find Bti products in garden stores. They come in many forms, including tablets, granules, pellets and liquids. Follow the directions on the product regarding frequency of application.

Placing whiskey barrel planters with plants that repel mosquitoes in strategic locations was just one method that environmental science professor Noah Perlut and his students at the University of New England used to reduce the number of mosquitoes on the Biddeford, Maine, campus.

“Our goal was not to eradicate the mosquitoes – that would be impossible and ecologically irresponsible – but to make people more comfortable where they spend their time,” he said.

Perlut’s team planted bee balm, marigolds, spotted geraniums, lavender, sweet fern and citronella around the edge of the barrels, with cherry tomatoes and basil in the middle.

“It’s not enough to plant mosquito-repellent species, but you have to activate them,” he said. When people pick the tomatoes or herbs, they brush the other plants, which then give off chemicals that interfere with the mosquitoes’ ability to navigate and find prey.

Research which plants are native to your region, Burns said. Suitable options may include rosemary, peppermint, catnip, garlic and sage.

Investigate which birds in your region eat mosquitoes and are willing to nest in bird boxes, then learn how to attract them.

Perlut and his students created an inviting habitat for two species – tree swallows and Eastern bluebirds – to nest around where people tend to congregate.

“Because these species forage for insects, including mosquitoes, and adults feed their chicks many mosquitoes, this has been a huge success. And the best news is once you build the infrastructure, it needs little maintenance,” he said.

The university also installed bat houses to increase the number of those mosquito-hungry predators – but it’s understandable if you don’t want to actively attract bats to your home, either because you don’t want to deal with guano (bat excrement) or because they creep you out.

If your yard is so mosquito-infested that no other deterrent seems to work, it may be time to call in a pest-control company. But you’ll need to determine whether the benefits outweigh the risks.

Although most scientists support some sort of control effort, few are fans of pesticides.

“When we spray for mosquitoes using chemicals, that not only influences the mosquito, but kills all flies and species like the mosquito, including any pollinators,” Perlut said.

Some companies offer the option of a natural treatment with essential oils, but be wary.

They said these solutions are more environmentally friendly, using words such as “non-toxic” or “DEET-free”, while claiming they have the same ability to knock down mosquitoes on contact.

Any effective treatment is indiscriminate, so it’s important to hire a company that can analyse your backyard and personalise a plan to create a barrier while minimising the risk to pollinators.

No mosquito-control company can (or should) offer a 100 per cent guarantee that pollinators won’t be harmed.

Crumbley said to look for professionals who try to mitigate the collateral damage by focussing on “resting areas”, meaning places that mosquitoes go to escape the heat but that aren’t as appealing to pollinators, such as tall grasses, woodpiles and overgrown bushes.

Such professionals will also be careful to avoid spraying anything that attracts pollinators, such as flowering plants, a home garden or an aviary.

Experts agree that most hyped-up “solutions”, such as citronella candles or torches, mosquito coils, zappers and mosquito lamps, are largely ineffective, because they only emit an odour or electrocute mosquitoes in a small area.

“Evaluate your lawn space, understand what attracts mosquitoes to your yard and control what you can,” Crumbley said.