They include products that you may not even think of as junk food such as breakfast cereals, muffins, snack bars and sweetened yoghurts. Soft drinks and energy drinks count, too.

These foods represent an increasingly large share of the world’s diet. Almost 60 per cent of the calories that adults in America eat are from ultra-processed foods.

They account for 25 to 50 per cent of the calories consumed in many other countries, including England, Canada, France, Lebanon, Japan and Brazil.

Every year, food companies introduce thousands of new ultra-processed foods with an endless variety of flavours and ingredients.

They are what scientists call hyper-palatable: Irresistible, easy to overeat, and capable of hijacking the brain’s reward system and provoking powerful cravings. 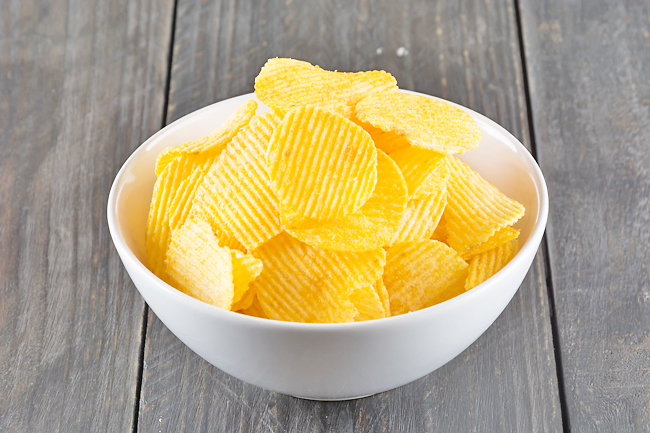 Yet in dozens of large studies, scientists have found that ultra-processed foods are linked to higher rates of obesity, heart disease, hypertension, type 2 diabetes, and colon cancer.

So how do we break our dependence on ultra-processed foods?

You can start by learning which foods in your diet count as ultra-processed. You don’t necessarily have to give them up. But once you know how to spot an ultra-processed food, it’s easy to find a less-processed substitute.

The growing focus on ultra-processed foods represents a paradigm shift in how the scientific and public health community is thinking about nutrition.

Instead of focussing on the nutrients, calories or types of food, the emphasis instead is on what happens to the food after it’s grown or raised and the physical, biological and chemical processes that occur before we eat it.

Foods can be unprocessed or minimally processed – like the whole fruits and vegetables, chilled or frozen meats, dairy products and eggs that we buy.

Other foods go through a moderate amount of processing – you can usually spot these foods because they have only a few ingredients on the label.

Then there are ultra-processed foods. At their core, they are industrial concoctions containing a multitude of additives: salt, sugar and oils combined with artificial flavours, colours, sweeteners, stabilisers and preservatives.

Typically they’re subjected to multiple processing methods that transform their taste, texture and appearance into something not found in nature. Think Frosted Flakes, doughnuts, hot dogs, and cheese crackers.

Research shows that our bodies seem to react differently to ultra-processed foods compared with similar foods that are not so highly processed.

In a rigorously controlled clinical trial that was carried out by the National Institutes of Health, scientists compared what happened when they fed a group of people a diet of ultra-processed foods for two weeks and, on a separate occasion, a diet of matching meals that were mostly made from scratch.

Both diets contained similar amounts of fat, sugar, sodium and fibre, and everyone was allowed to eat until they were satisfied.

But to the researchers’ surprise, people ate substantially more calories when they were fed the ultra-processed foods. On average they ate about 500 more calories a day – roughly the amount in a large order of McDonald’s fries.

On the diet of ultra-processed foods, the participants quickly gained weight and body fat.

But on the unprocessed, homemade diet, the reverse happened: They lost weight, and they had reductions in cholesterol and an increase in their levels of an appetite-suppressing hormone called PYY.

They experienced a drop in their levels of ghrelin, what is known as the hunger hormone.

It’s not clear why the unprocessed and ultra-processed foods had such differing effects.

“We can’t explain it yet,” said lead author of the study and a scientist at the National Institute of Diabetes and Digestive and Kidney Diseases Kevin Hall. “We have a dozen theories or more about what it is about ultra-processed foods that caused these effects.”

Some experts argue that ultra-processed foods hook our brains and overwhelm our biology because they contain unnatural combinations of fat and carbs along with sodium and other flavour enhancers.

Some nutrition scientists point to the texture of ultra-processed foods: They often contain little or no fibre and are easy to chew and digest rapidly despite being high in calories.

Think of how easy it is to scarf down fast-food chicken nuggets or a moist blueberry muffin packed with sugar, flour and vegetable oils.

These foods are quickly absorbed when they leave the stomach and enter the small intestine, which causes a spike in blood sugar, insulin and other hormones.

“All the bad things happen from big rushes of nutrients into our bloodstream,” said cardiologist and dean of the Friedman School of Nutrition Science and Policy at Tufts University Dariush Mozaffarian.

Many ultra-processed foods are made in industrial machines that subject grains, corn and other raw ingredients to extremely high pressures and temperatures.

This can destroy micronutrients and create new compounds that can be harmful, including carcinogens, said expert on ultra-processed foods and a professor of nutrition and public health at the School of Public Health at the University of Sao Paulo in Brazil Carlos A Monteiro.

“These foods contain many chemical compounds that are not nutrients,” he added.

Ultra-processed foods often contain an array of additives whose effects on our health we don’t yet fully understand, said Mozaffarian.

“It’s not just the salt and sugar, which are the obvious ones, but the artificial sweeteners, artificial colours, emulsifiers, stabilisers, guar gum and xanthan gum,” he said. “We don’t know that they’re innocuous.”

The simplest way to cut ultra-processed foods from your diet is to buy fewer prepared and packaged foods and to consume more whole and minimally processed foods.

Instead of buying sweetened fruit yoghurts loaded with additives, buy plain yoghurt and add berries, nut butter and honey if you like. Consider skipping the frozen chicken nuggets and making baked nuggets at home, which don’t take much more time.

You should also eliminate sugary sodas and sports drinks, which have many additives and little or no nutritional value. Substitute with sparkling water with lemon or lime, unsweetened teas, and plain water or water flavoured with real fruit.

If you need the convenience of ultra-processed foods, you can check labels and comparison shop. Try to pick the products with the fewest ingredients. For help while shopping, you can pull up a website on your phone called truefood.tech. On the site you can type in a food that you want to buy – such as chicken nuggets or breakfast cereal – and in response the site will show you dozens of brands and recommend the least processed versions.

The site uses machine learning to rank foods on a scale of one to 100 based on factors such as how many additives they contain and their degree of processing. The lower the score the better.

The site was created by two scientists at Northeastern University Giulia Menichetti and Albert-László Barabási who study ultra-processed foods and developed a database of over 50,000 foods sold in grocery stores. You may be surprised by the wide variation in processing among different types of macaroni and cheese or that your favourite organic gluten-free chicken nuggets score higher than a standard recipe.

Menichetti said that replacing some of the ultra-processed foods that are staples in your diet with unprocessed or less processed versions could lead to health benefits.

“We’re not suggesting that you drastically change your diet,” she said. “We’re nudging you toward healthier eating patterns.”

In the meantime, other experts have called for aggressive public policies such as stricter food labels and health warnings that might push the food industry to make healthier products.

“It will take some time for people to change their diets,” Monteiro said. “But if people start to consume fewer ultra-processed foods, the food industry will be forced to produce more minimally processed foods.”