The 26th United Nations (UN) Climate Change Conference of the Parties (COP26) hosted by the United Kingdom (UK) in Glasgow, from October 31 to November 13, concluded positively, with nearly 200 countries agreeing to the Glasgow Climate Pact to keep 1.5C alive and finalise the outstanding elements of the Paris Agreement.

The Paris Rulebook was completed after two weeks of intense negotiations with global action on climate change, including in Southeast Asia on coal, cars, cash, trees as well as new net zero commitments secured under the UK Presidency.

In addition, for the first time, COP agreed a position on phasing down unabated coal power and ineffective fossil fuel subsidies.

Brunei Darussalam delivered its national statement for COP26 alongside the ASEAN Joint Statement on Climate Change to COP26 as ASEAN Chair 2021, reaffirming Brunei and the region’s commitment on climate action.

“It will not be an easy task for us, but it is necessary. We have done this for almost a decade and we will continue to maintain it. This time around, we would be unlocking huge opportunities for green growth and jobs.

“Our country only contributes about 0.025 per cent of the global greenhouse gas emissions but we believe with our small actions, we will make a huge positive difference.” 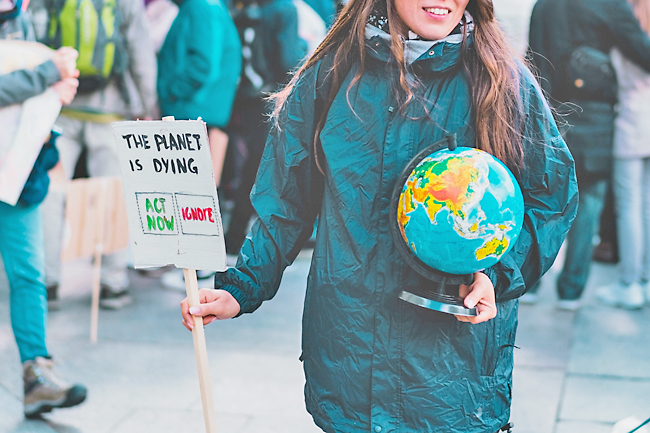 Brunei has also endorsed the Glasgow Leaders’ Declaration on Forests and Land Use, and The Global Coal to Clean Power Transition Statement, making new commitments to enhance climate ambition to preserve forests and to accelerate the use of renewable energy.

To coincide with this, the BNCCC launched a climate action video to increase public awareness on climate change and Brunei’s low carbon journey.

Meanwhile, according to a press release from the British High Commission in Brunei Darussalam, COP26 President Alok Sharma adopted the Glasgow Climate Pact at COP26, which keeps the goal of limiting global warming to 1.5C in sight but it will only be delivered with concerted and immediate global efforts over the next decade.

The Pact will speed up the pace of climate action. All countries agreed to phase down unabated coal, phase out ineffective fossil fuel subsidies, supports a just transition for developing countries and action to tackle loss and damage.

The Paris Rulebook, providing the guidelines on how the Paris Agreement is delivered, was also completed after six years of discussions allowing for the full delivery of the landmark accord, after agreement on a transparency process which will hold countries to account as they deliver on their targets.

Crucially, countries asked to return next year with a more ambitious 2030 emissions reductions target (their Nationally Determined Contribution) in line with the 1.5C target, ensuring we maintain crucial momentum on climate action this decade.

“The UK will continue to push for greater action on reducing emissions and supporting developing countries with finance and access to new green technology over the next year of our COP Presidency, before Egypt assumes the COP27 Presidency,” stated the press release.

“When the UK took on the COP26 mantle, in partnership with Italy, nearly two years ago, only 30 per cent of the world was covered by net zero targets. This figure is now at around 90 per cent,” it was shared. “For the first time, this now includes the majority of ASEAN member states. Over the same period, 154 Parties have submitted new national targets, representing 80 per cent of global emissions.”

The UK also announced GBP27.5 million in new funding towards the UK Urban Climate Action Programme. The programme will support developing cities and regions to transition to net zero by 2050, including Kuala Lumpur, Jakarta, and Quezon City.

All major coal financing countries have committed to end international coal finance by the end of 2021, with USD20 billion in funding to support the transition to clean power announced at COP26.

There is now more work to be done to ensure all major emitters sign up to phase out coal.

Launched on COP26 Energy Day, Brunei, Singapore and Vietnam signed the Global Coal to Clean Power Transition Statement, committing to scaling up clean power and ensuring a just transition away from coal.

Meanwhile, Indonesia signed up while excluding clause 3, but as part of its commitment to reach net zero by 2060 or sooner with international assistance, Indonesia will consider accelerating coal phase out into the 2040s, conditional on agreeing additional international financial and technical assistance.

The Philippines endorsed clause 1 and partially clauses 2 and 4.

Singapore joined the world’s largest alliance on phasing out coal, the Powering Past Coal Alliance (PPCA), becoming the first country in Asia to do so.

At the sub-national level, the city of Ormoc and the provinces of Guimaras and Negros Occidental in the Philippines also joined the PPCA. Indonesia and the Philippines also announced pioneering partnerships with the Asian Development Bank to support the early retirement of coal plants.

Laos, Philippines and Vietnam will continue multilateral dialogues under the Energy Transition Council, also taken forward in Indonesia under the Friends of Indonesia Renewable Energy dialogues.

In addition, the Global Methane Pledge was launched during the World Leaders

Summit on November 2, with the UK one of the first signatories.

This includes six of the top 10 methane emitters and Indonesia, Malaysia, the Philippines, Singapore and Vietnam in Southeast Asia.

On nature, more than 130 leaders, representing over 90 per cent of the world’s forests, endorsed the Glasgow Declaration on Forests and Land Use, a landmark pledge to halt and reverse forest loss and land degradation by 2030, backed by almost GBP14 billion of public and private funding.

Brunei, Indonesia, Malaysia, the Philippines, Singapore and Vietnam have endorsed the Glasgow Declaration on Forests and Land Use, an important step forward in conserving the region’s natural assets – which is home to nearly 15 per cent of the world’s tropical forests.

The UK announced funding of GBP500 million to support the implementation of the Forest, Agriculture and Commodity Trade (FACT) Roadmap, co-chaired by the UK and Indonesia.

Under FACT, 28 countries, including Malaysia and Indonesia, agreed on a Roadmap to protect forests while promoting development and trade.

The Global Action Agenda on Transforming Agricultural Innovation, launched by Lord Zac Goldsmith, saw 26 nations set out new commitments to change their agricultural policies to become more sustainable. It is supported by Indonesia and Vietnam, and relevant government ministries or national agriculture research institutes of Laos, the Philippines, and Malaysia.

Reflecting on the task ahead, COP26 Regional Ambassador for the Asia-Pacific and South Asia Ken O’Flaherty shared, “I am pleased to have seen ASEAN member countries come together for our planet at COP26, with ambitious commitments on climate action, coal and forests. And whilst the Glasgow Climate Pact is a huge step forward addressing the climate crisis – there is still much to do in the coming years to limit global warming to 1.5 degrees. I look forward to continued collaboration with ASEAN member countries on this important goal throughout our presidency year and beyond.”

British High Commissioner to Brunei Darussalam John Virgoe said, “We welcome the new climate ambitions set by countries during COP26, especially by our Southeast Asian friends and partners. Climate change cooperation is an important part of our engagement with ASEAN. The UK will work with ASEAN through the new initiatives that we announced during COP26. I look forward to embedding our cooperation on climate change in our long term relationship with ASEAN as its newest Dialogue Partner.”

According to Alok Sharma, “We can now say with credibility that we have kept 1.5 degrees alive. But, its pulse is weak and it will only survive if we keep our promises and translate commitments into rapid action. I am grateful to the UN Framework Convention on Climate Change (UNFCCC) for working with us to deliver a successful COP26.”

The UK will continue to work with other countries to deliver on the Glasgow Climate Pact and drive further action, working closely with Egypt which will take over the COP Presidency at COP27 in November 2022, according to the statement.