Keep calm and carry on

LONDON (AP) – Britain’s royal family stuck to routine and remained silent over the second half of Prince Harry and his wife Meghan’s documentary series, which made hard-hitting claims against Harry’s brother, Prince William.

While the first half of the six-part Netflix series concentrated on the couple’s bruising encounters with the British media, the final three episodes aimed criticism at the royal “firm” – the family and its staff.

In three hour-long episodes released on Thursday, Harry claimed William screamed at him during a family meeting and accused palace officials of lying to protect his elder sibling, who is now heir to the throne. Meghan talked about wanting to end her life as she struggled to cope with toxic press coverage.

Harry, a grandson of the late Queen Elizabeth II, married United States (US) actress Meghan Markle in a fairy-tale wedding at Windsor Castle in 2018. Less than two years later the couple left Britain, citing what they saw as the media’s racist treatment of Meghan and a lack of support from the palace.

In the documentary Harry, 38, said William lashed out at him during a family summit at Sandringham Castle in January 2020 to talk about the couple’s plan to step down as senior royals.

“It was terrifying to have my brother scream and shout at me and my father say things that just simply weren’t true. And my grandmother, you know, quietly sit there and take it all in,” Harry said. 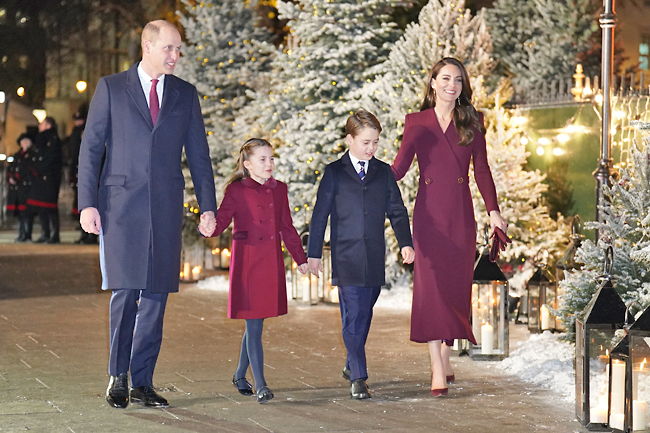 He also accused royal communications officials of “leaking” and “planting” stories in the media, claiming staff would seek to deflect negative coverage of one royal by issuing a story about another member of the family.

Meghan, 41, revealed she thought about killing herself amid a torrent of negative media coverage before the couple decided to make a break with the royal household.

Harry added that he believed the Mail on Sunday’s publication of a letter Meghan wrote her estranged father – over which she successfully sued the paper’s publisher – contributed to her having a miscarriage in 2020.

Neither Buckingham Palace, which represents the king, nor William’s Kensington Palace office has commented on the series.

There were no dissenting views in the documentary, which included interviews with the couple and supportive friends and commentators.

Royal expert Pauline Maclarnan, author of Royal Fever: The British Monarchy in Consumer Culture, said the relationship between William and Harry would be “very hard to repair” after the bombshell claims.

“This does seem to be very final,” she said.

Hours after the final episodes were released, senior royals put on a show of unity, attending a charity concert in London on Thursday evening. William, his wife Kate and their two elder children, George and Charlotte, were joined at the Westminster Abbey carol concert by King Charles III, Queen Consort Camilla and other family members.

British newspapers, the focus of much of the couple’s ire, were furious about the series.

The Daily Mail said in an editorial that “the only saving grace” was that Queen Elizabeth II, who died in September, “was spared seeing this tawdry exercise in self-promotion”.

The Sun branded Harry a “traitor”, contrasting him with “dutiful” William.

The Times of London urged Meghan and Harry to give up their royal titles, Duke and Duchess of Sussex.

“Harry and Meghan must see the hypocrisy of claiming still to be royal,” the newspaper said in an editorial. “They have made clear that they consider themselves to be at war with the institution of monarchy, an institution that they appear to hold in contempt.”

The show comes at a crucial moment for the monarchy. The king is trying to show that the institution still has a role to play after the death in September of his mother, whose personal popularity dampened criticism of the crown during her 70-year reign.

While the Netflix series has soured the couple’s relationship with the royal family – perhaps irreparably – Maclarnan said it would likely help the couple forge their new careers as US-based charity campaigners and media personalities.

“I think it will have built their brand quite well,” she said. “I think a lot of people will see their perspective more, but particularly (the) younger generation. And I think really that’s where they’ve always aimed anyway.”