AP – The 2021 MTV Video Music Awards (VMAs) will get a dose of ‘Bieber fever’ for the first time in six years.

Justin Bieber (AP, pic below) is set to return to the VMAs stage for an all-star calibre event that will air soon.

The awards show will be held in-person at the Barclays Center in New York after holding a mostly virtual show last year because of the coronavirus pandemic.

Bieber leads this year’s show with seven nominations, including video of the year for POPSTAR and Artiste of The Year. He last took the VMAs stage in 2015 when he performed What Do You Mean? 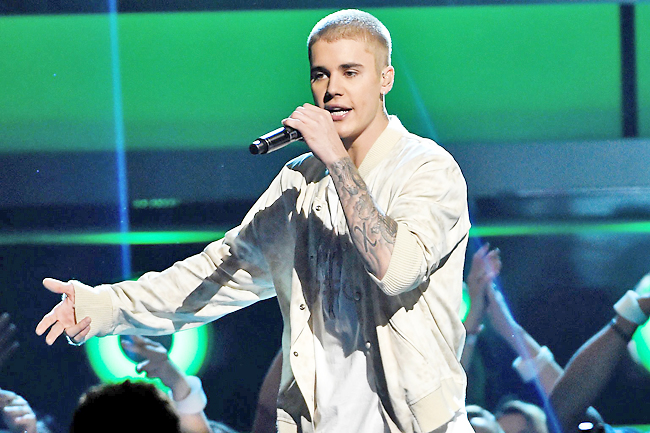 Bieber and Megan Thee Stallion will compete with Ariana Grande, Doja Cat, Rodrigo and Taylor Swift for artist of the year.

The Foo Fighters will perform and receive the Global Icon Award, an honour handed out for the first time at the VMAs. The award recognises an artiste or band “whose unparalleled career and continued impact and influence has maintained a unique level of global success in music and beyond”. The prestigious award was previously presented at the annual MTV Europe Music Awards. Past recipients include Queen, Eminem and Whitney Houston.

The rock band — comprised of Dave Grohl, Taylor Hawkins, Nate Mendel, Chris Shiflett, Pat Smear and Rami Jaffee — will perform at the VMAs for the first time since 2007.