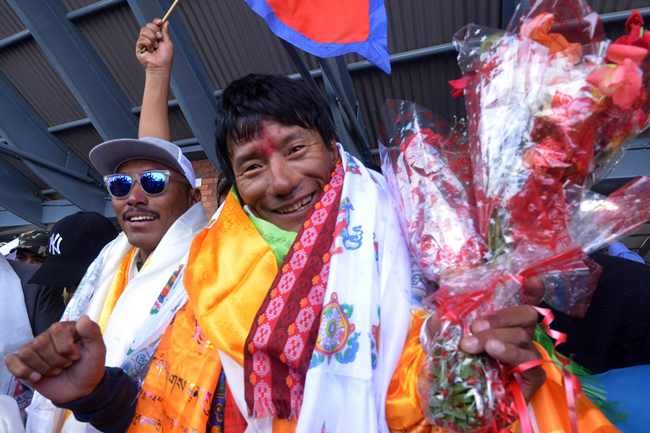 KATHMANDU (AFP) – Summiting the world’s 8,000-metre (m) mountains is the ultimate bucket list dream for ambitious climbers, a feat managed by fewer than 50 people, and Sanu Sherpa is the first to do it twice.

The Nepali climber’s summit of Pakistan’s Gasherbrum II (8,035m) last month completed his unprecedented double ascent of the eight-thousanders – as the 14 peaks are collectively known.

As usual, he was guiding a paying customer – this time a Japanese climber – to the top.

“What I have done is not something that is impossible,” the 47-year-old told AFP. “I was just doing my job.”