SHANGHAI (AFP) – Piling onto a packed train, factory owner Wang Chunfeng was among millions of Chinese looking to make up for lost time this Lunar New Year after years of pandemic-enforced separation from his family.

China will this weekend usher in the Year of the Rabbit, kicking off “Spring Festival” and the most important annual family gathering.

With health controls finally lifted, passengers at a station in Shanghai crowded onto carriages yesterday headed to the central city of Wuhan, where the first cases of COVID-19 were reported in 2019.

“Today we will have a big family reunion,” Wang, aged about 40, explained excitedly.

He said travelling before the reopening would have caused problems with his child’s school.

The rest of his family had made the journey ahead of him a few days earlier.

“It’s the first time in three years that we will all be together,” he added. 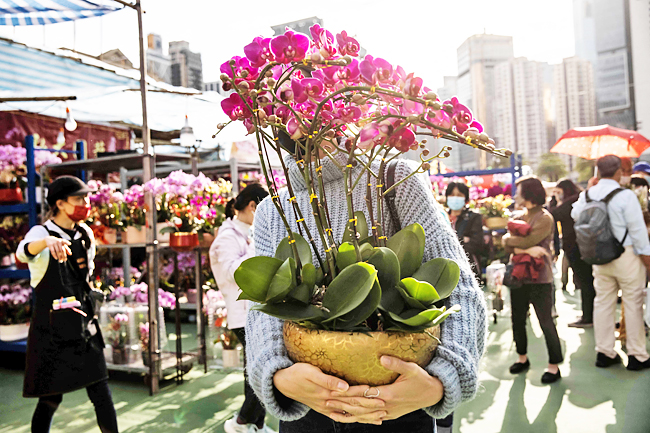 The end of the zero-COVID policy in China has heralded a return to some kind of normal life, even as case numbers have surged nationwide.

Leader Xi Jinping this week said he was “concerned” about the virus situation in rural areas as millions head from hard-hit cities to the countryside, where medical facilities can be understaffed and underfunded.

But many aboard the train were celebrating.

“We can’t wait to see our parents,” said 35-year-old Li, who was travelling with her child and husband to surprise their relatives.

“To be sure to get tickets, I set my alarm clock at 5am for a week.”

Getting hold of tickets was “much harder than last year”, explained her husband.

The couple, who run a restaurant near Shanghai, were forced to make the six-hour journey in seats far apart from each other.

Both said their relatives had recently recovered from COVID.

After the virus emerged in Wuhan, its 11 million citizens spent the 2020 Lunar New Year in a lockdown that would ultimately cut it off from the outside world for 76 days.

Many other towns in Hubei province followed.

Over the next few years a shifting raft of restrictions on movement and myriad testing requirements made travelling around China fiendishly difficult.

Since the government abruptly relaxed the zero-COVID policy in early December, China has seen a domestic travel boom.

With space tight on the train, passengers hung smaller bags from each other’s seats, and a huge black suitcase blocked the corridor further up the carriage. Backpack on her knees, suitcase and sports bag under her feet, a young woman in a snug yellow hat killed time watching a TV series on her phone, while an older man snored as he napped contentedly in his seat.

All the travellers AFP spoke to aboard the train said they had caught the virus and since recovered.