According to the report, the confirmation was made after The Straits Times published an extensive interview where Low maintains that he was merely an intermediary of the 1Malaysia

Development Berhad (1MDB)-related fund flows and not the mastermind as he is alleged to be.

The report said the Malaysian businessman was put on the Interpol Red Notice by Singapore back in October 2016, after investigations commenced on 1MDB-related fund flows involving Singapore-based banks.

The report also stated that besides Low, a Red Notice was also out for one Tan Kim Loong, said to be a close associate of Low, and whose name was used to open accounts with Falcon Bank, the defunct private bank used to launder the money siphoned from 1MDB.

“The charges, warrants of arrest and INTERPOL Red Notices against Low and Tan remain in force. Both remain key persons of interest to Singapore in ongoing 1MDB-related investigations,” the spokesperson was quoted as saying. 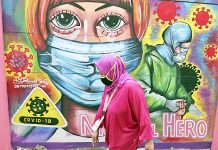