LOS ANGELES (AP) – Jay Leno (AP, pic below) suffered “serious burns” but said on Monday that he was doing okay, according to reports.

“I got some serious burns from a gasoline fire,” Leno said in a statement to The Associated Press. “I am okay. Just need a week or two to get back on my feet.”

The cause and time of the fire wasn’t immediately clear. The 72-year-old former Tonight Show host had been set to appear at a financial conference in Las Vegas on Sunday but cancelled because of a “serious medical emergency”, People magazine reported earlier on Monday, citing an email sent to those attending the conference. 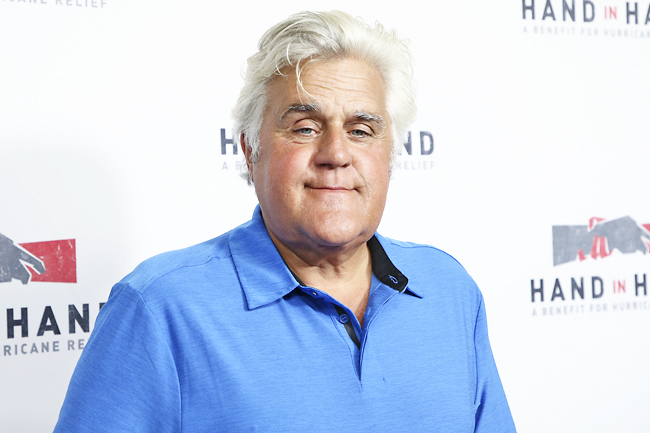