Japan’s PM Kishida vows deeper alliance with US on defence

TOKYO (AP) – Japanese Prime Minister Fumio Kishida yesterday pledged to deepen his country’s alliance with the United States (US) under Japan’s new defence policy that breaks from its exclusively self-defence-only stance in the face of growing regional tensions.

Kishida, speaking in a news conference after visiting Ise Shrine in central Japan, said he will visit Washington for talks with US President Joe Biden to underscore the strength of the Japan-US alliance and highlight closer cooperation between the countries under Japan’s new security and defence strategies adopted last month.

The US visit is part of Kishida’s upcoming trip to most of the Group of Seven countries beginning on Monday. 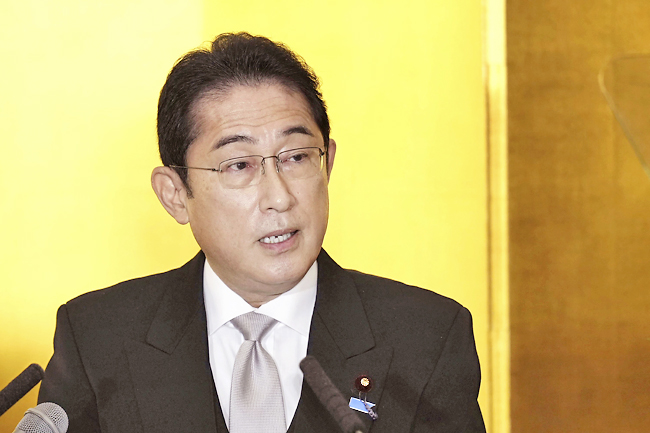