Ibrahim, 66, has for nearly a decade led the Justice and Equality Movement (JEM), a key rebel group in Sudan’s western Darfur region that played a major role in the bitter conflict which erupted there in 2003.

A polyglot and holder of a PhD in economics from Japan, he now is part of a government tasked with steering the country through a transitional period following Bashir’s ouster in April 2019.

“His appointment also served as assurance that the government is committing to the peace deal with rebel groups.”

In October, Sudan’s transitional government signed a peace deal with key rebel groups including JEM which stipulated giving rebels top positions in the government and in a Parliament that is yet to be formed. 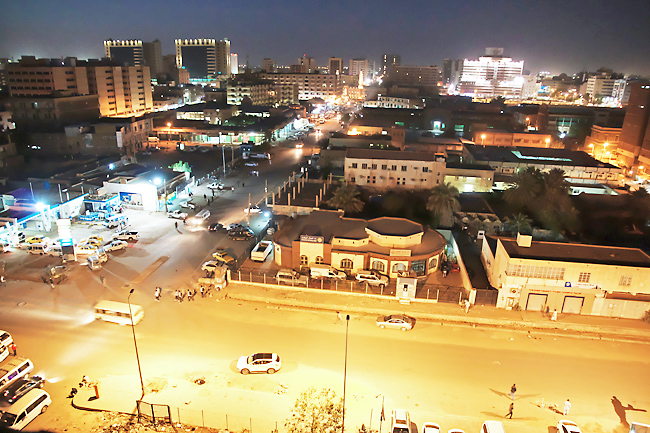 Ibrahim’s appointment came as Sudan faces daunting economic challenges, including galloping inflation of over 300 per cent and severe bread and fuel shortages that have triggered protests in several parts of the country.

Ibrahim was born in 1955 to a family from the African Zaghawa ethnic group in North Darfur.

He earned a bachelor’s degree in business administration from Khartoum University before receiving a scholarship in Japan, where he completed his master’s degree and doctorate in economics and became a fluent Japanese speaker.

He also taught in universities in Saudi Arabia and set up several private air and cargo transport companies in Sudan, the United Arab Emirates and Chad. As a young man, he joined the Muslim Brotherhood group and was once affiliated with the conservative movement that brought Bashir to power in a 1989 military coup.

He later turned against the movement to join the Darfur insurgency led by African minority rebels who complained of discrimination under Bashir’s Arab-dominated government.

Though largely focussed on his career in trade and economy, Ibrahim says his interest in politics goes back to the days he “was a high school student”.

He said it was the marginalisation of the people of Darfur – where a conflict from 2003 killed 300,000 people and displaced 2.5 million – that pushed him to play a more active role in Sudan’s politics.

“It is not possible for any sane person with a conscience to stand idle before all this,” he said.

Ibrahim officially joined JEM in 2002 as an economic adviser to the movement which was founded by his brother, Khalil.

In 2006, he moved to London and held the position of the movement’s external affairs officer.

He became JEM’s leader after the 2011 killing of his brother in an air strike in North Kordofan, central Sudan.

“His leadership is marked by expanding JEM’s political role and the diminishing of its fighting edge,” said analyst Al-Nour Ahmed. “Khalil had more experience in armed fighting but Gibril was more focused on politics.”

In 2015, the movement suffered heavy losses in what became known as “the battle of Goz Dongo” in South Darfur that saw hundreds of its fighters captured by Bashir’s forces.

Ibrahim however expanded JEM’s presence across Sudan, establishing several bases outside of Darfur. The movement also took part in several political coalitions including Nidaa al-Sudan and the Sudanese Revolutionary Front, both opposed to Bashir’s rule.

Under the October peace deal, JEM completely laid down their guns, turning from an armed rebel group into a political movement.

And as finance minister, Ibrahim has promised “not to sleep” until he ends shortages that have engulfed the country in recent years.

Shortly after his appointment, Sudan announced it was ditching its fixed exchange rate and adopting a managed float in line with an IMF programme.

The bold move, intended to help fix Sudan’s battered economy, came despite the risk of sending prices up and fanning popular discontent.

“The success of his finance policies is directly linked to keeping the Sudanese streets calm,” said senior JEM adviser Gabriel Adam, who has worked closely with Ibrahim. Ibrahim urged people to endure the impact of the policy change, saying it “will require a high patriotic spirit” and “cooperation”. But the veteran rebel leader has his sights set on a bigger, longer-term goal beyond the transitional period.

“We want to become the biggest party in Sudan,” he said in a November speech at JEM’s headquarters in Khartoum.