TOKYO (AFP) – Japan will release more than a million tonnes of treated water from the stricken Fukushima nuclear plant into the ocean, the government said yesterday triggering a furious regional reaction and fierce opposition from local fishing communities.

The process is not likely to begin for several years and could take decades to complete, but China quickly slammed the decision as “extremely irresponsible” and South Korea summoned the Japanese ambassador.

Japan’s government argues the release is safe because the water is processed to remove almost all radioactive elements and will be diluted. The International Atomic Energy Agency (IAEA) has endorsed the release, which it said is similar to the disposal of wastewater at nuclear plants elsewhere.

Prime Minister Yoshihide Suga told a ministerial meeting that disposing of the water was an “inevitable task” in the decades-long process of decommissioning the nuclear plant. He said the release would happen only “after ensuring the safety levels of the water” and alongside measures to “prevent reputational damage”.

Around 1.25 million tonnes of water have accumulated in tanks at the nuclear plant, which was crippled after going into meltdown following the 2011 tsunami. 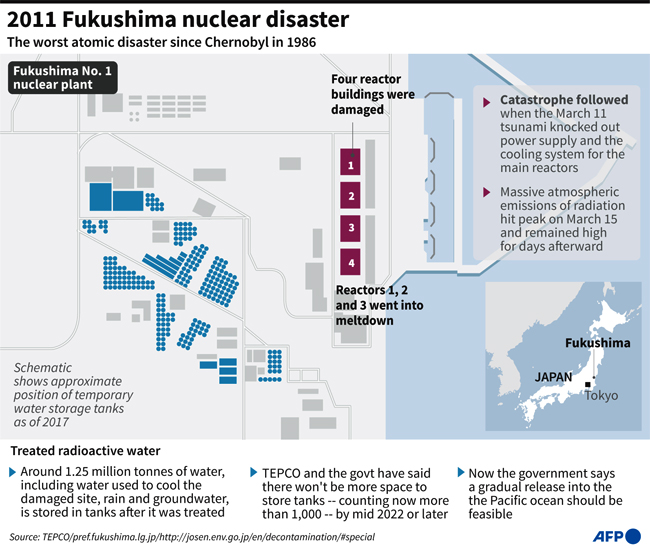 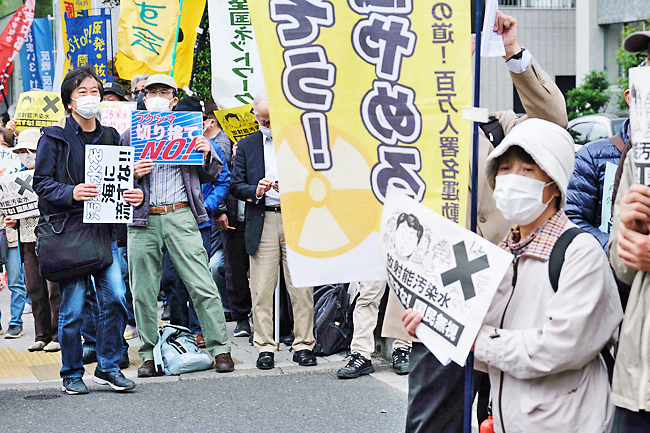 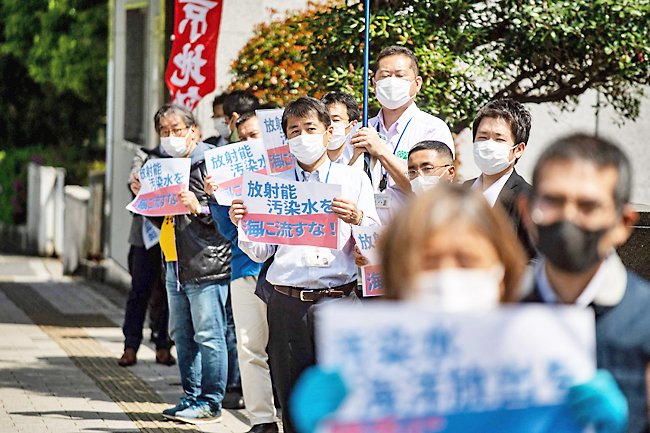 It includes water used to cool the plant, as well as rain and groundwater that seeps in daily. An extensive pumping and filtration system extracts tonnes of newly contaminated water each day and filters out most radioactive elements.

But local fishing communities fear releasing the water will undermine years of work to restore confidence in their seafood.

“They told us that they wouldn’t release the water into the sea without the support of fishermen,” Kanji Tachiya, who heads a local fisheries cooperative in Fukushima, told NHK ahead of the announcement.

“We can’t back this move to break that promise and release the water into the sea unilaterally.”

China’s Foreign Ministry slammed Japan’s decision, saying it had been taken “without regard for domestic and foreign doubts and opposition”.

“This approach is extremely irresponsible and will seriously damage international public health and safety,” it said.

South Korea’s Foreign Ministry also called it “a risk to the maritime environment” and later announced it had summoned Japan’s ambassador. The United States (US) State Department, however, said Japan had been “transparent about its decision, and appears to have adopted an approach in accordance with globally accepted nuclear safety standards”.

Debate over how to handle the water has dragged on for years, as space to store it at the site runs out. A government panel earlier endorsed either diluting the treated water and releasing it into the ocean or releasing it as vapour, and the IAEA says either option is acceptable.

“The Japanese government’s decision is in line with practice globally, even though the large amount of water at the Fukushima plant makes it a unique and complex case,” IAEA Director-General Rafael Mariano Grossi said yesterday, promising to work with Japan throughout the process.

Anti-nuclear activist group Greenpeace hit out at Japan’s government for having “once again failed the people of Fukushima”.

“The Cabinet’s decision failed to protect the environment and neglected the large-scale opposition and concerns of the local Fukushima residents, as well as the neighbouring citizens around Japan,” said climate and energy campaigner Kazue Suzuki.

The filtration process removes most radioactive elements from the water, but some remains, including tritium.

Government spokesman Katsunobu Kato said yesterday that the water would be diluted to contain tritium at levels far below either domestic or World Health Organisation (WHO) standards, with the IAEA monitoring the process. Experts said the element is only harmful to humans in large doses and with dilution the treated water poses no scientifically detectable risk.

“There is consensus among scientists that the impact on health is minuscule,” Michiaki Kai, an expert on radiation risk assessment at Japan’s Oita University of Nursing and Health Sciences, told AFP before the decision was announced.

But local plaintiffs who have filed class-action lawsuits for damages against TEPCO and the government demanded the “immediate withdrawal” of the decision.

“Releasing the water into the ocean will return to haunt us,” they said.