TOKYO (AP) – A key governing party lawmaker in Japan who served in key posts resigned on Wednesday over a political funding scandal in a fresh embarrassment for Prime Minister Fumio Kishida.

Kentaro Sonoura (AP, pic below), an expert on diplomacy and security, admitted last month that his aide has been investigated by prosecutors over alleged underreporting of political funds.

His resignation, later approved by House of Representatives Speaker Hiroyuki Hosoda, is a fresh blow to Kishida, who has already replaced three ministers in recent months and seen his support ratings tumble over his party’s deep ties to the controversial Unification Church.

Sonoura also resigned from the ruling Liberal Democratic Party. In a statement, he said he shared part of the responsibility in submitting “erroneous accounting reports of political funds” and possibly prompted public distrust in politics.

Sonoura had reportedly been investigated only informally, but the end of the parliamentary session last Friday made it easier for prosecutors to step up their probe toward a possible indictment. 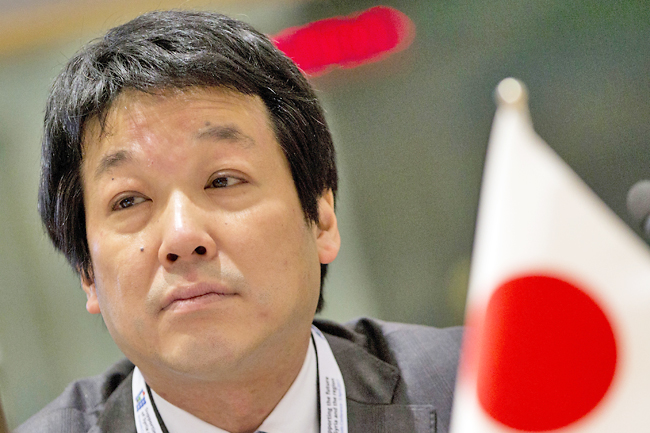