The Cabinet renewal was the second in just 10 months since Kishida took office following the July election victory that had been expected to ensure long-term stability until 2025.

But Abe’s shocking assassination on July 8 and its impact on politics increased uncertainty as public support for Kishida’s Cabinet plunged.

Kishida told reporters on Tuesday a “strict review” of candidates’ ties would be a “prerequisite” in the new lineup of Cabinet officials and Liberal Democratic Party executives.

He said he instructed his ministers and other senior officials to clarify their connection to the Unification Church “so that we can achieve political and administrative work that can be trusted by the people”.

At a governing party meeting earlier yesterday, he called on his fellow lawmakers to unite and tackle the challenges with a sense of urgency.

Abe was fatally shot while giving a campaign speech two days before a parliamentary election. Police and media reports say the man arrested had targetted Abe over suspected ties to the Unification Church, which the man hated because his mother’s massive financial donations ruined his family. 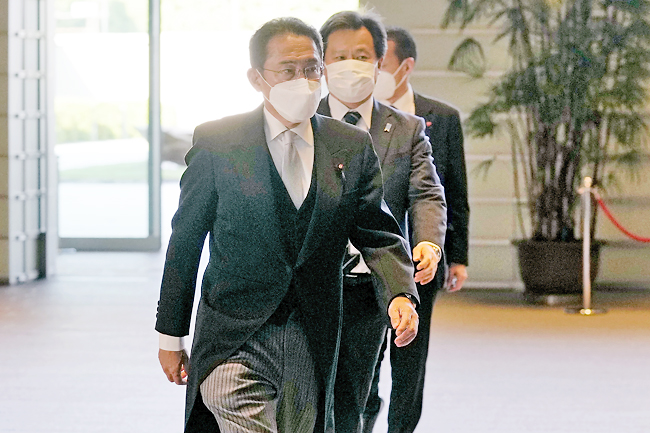