Japan needs a movement to support marriage among young people

ANN/JAPAN NEWS – A government panel of experts made headlines in July by calling Japan’s declining number of births a “quiet emergency”. Last year, births hit another record low at 810,000, marking a 60 per cent drop from approximately two million in the early 1970s. The total fertility rate has been below 2.00 – the minimum level necessary to maintain the population – for nearly half a century, reaching 1.30 last year.

If the number of births continues to decline at this rate, Japan will theoretically cease to exist, even without being subjected to any military force. It is truly an “emergency” situation.

Meanwhile, the results of the 2020 census showed shockingly high percentages of people who had never been married by the age of 50 – about 28 per cent for men and 18 per cent for women.

Central and local governments so far have focussed their efforts in their fight against the low birthrate on supporting couples who are trying to have children. They have increased the number of day care centres, made medical care for infants free of charge, and introduced free early childhood education and tuition-free high school education programmes. The burden of having children on young couples must be much less than before. 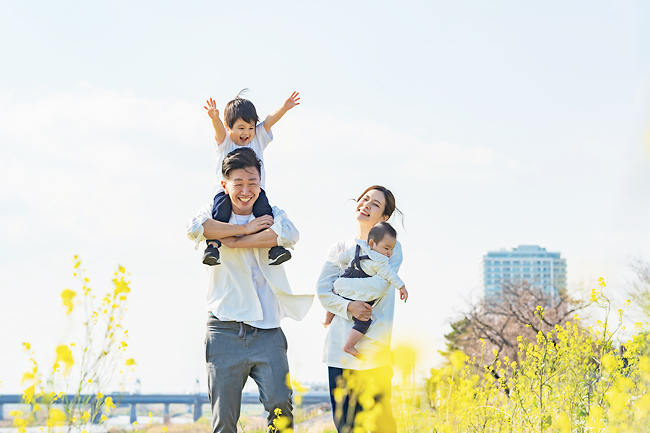 While these are of course important policies, they are not effective for increasing marriages.

NLI Research Institute senior researcher Kanako Amano said what we need now is “to create a social environment in which men and women who wish to marry can meet their partners and get married while still in their 20s”.

“People in their 20s tend to think that there is no need to rush into marriage, and that study or work is more important. But the data tell us it becomes very difficult for both men and women to find a marriage partner of their liking once they hit 30,” she said. The existence of a biological time limit for having children, especially for women, is well-known.

Amano said we should also be aware of the time limit for getting married.

But even with awareness of a time limit, the Japanese labour market and employment practices seem to prevent young people from finding partners and getting married.

It is common for Japanese companies to hire young university graduates with no work experience and give them on-the-job-training until they acquire the necessary skills. As a result, young employees in their 20s tend to be regarded as apprentices in their workplaces and are required to work overtime and sometimes even on weekends. Naturally, this leaves scant time for a private life.

In addition, Amano pointed to the maldistribution of the young male and female populations as a problem. More women than men move from regional areas to Tokyo when they start working. Thus, there are more men than women of prime marriageable age in regional areas and more such women than men in Tokyo, making it difficult for couples to form.

While the number of women with university degrees is increasing, small and midsize companies, which are often located in regional areas, have not yet fully embraced women as human resources. Even if women want to return to their hometowns, the lack of jobs where they can make use of their expertise and develop their careers means many of them end up working in Tokyo.

There are also financial factors. Because Japan’s real wages per capita have not risen for the past three decades, more and more young students, unable to rely on their parents, have taken out loans to go to university. As a result, many enter the workforce with heavy debts and are unable to bear the financial burdens of getting married and starting a family.

What can the central and local governments do about declining births?

According to the report on the government’s measures to cope with the low birthrate compiled by the expert panel mentioned at the beginning of this article, 70 per cent of prefectures offer matchmaking services to solve the marriage difficulties.

I do not say such programmes are meaningless, but they are not enough. What we need to do now is simple, but hard to realise in the short term: We should increase the wage levels for young people, reduce overtime work by changing work practices and improving work efficiency, promote the empowerment of women – especially in regional areas – and provide more academic financial aid that does not require repayment.

These things must be achieved through legislation, subsidies, tax incentives and other measures for small and midsize enterprises as well as big companies.

My daughter, a third-year junior high school student, recently learned about Japan’s declining births and fast-ageing society in class. She said she was sad to imagine a future with fewer and fewer young people. How can we adults explain to her younger generation how we got into this situation?

The decline in births is a quiet emergency because it will get worse before we know it. It will take ano-ther 20 years or so for the measures against it to produce effects.

All of society must awaken to a sense of crisis right away and develop momentum to prevent Japan’s downfall.