TOKYO (AP) – Japan’s consumer inflation rate hit a 41-year high of four per cent in December, as prices for everything from burgers to gas surged.

That rate is still relatively low, compared to some other nations, including the United States. Japan, the world’s third-largest economy, has been fending off deflation, or chronically falling prices, for decades. The last time core consumer prices rose that much was December 1981, the Ministry of Internal Affairs and Communications said.

The Federal Reserve and many other central banks have raised interest rates to tame inflation but the Bank of Japan (BOJ) has kept its benchmark rate at a longstanding low level of minus 0.1 per cent.

A sharp weakening of the Japanese yen against the US dollar and other currencies has added to pressures on the BOJ and speculation has been building that it might soon shift course.

Japan’s core consumer price index, excluding fresh food, rose 2.3 per cent in 2022 from the year before, the highest in 31 years, the ministry said. 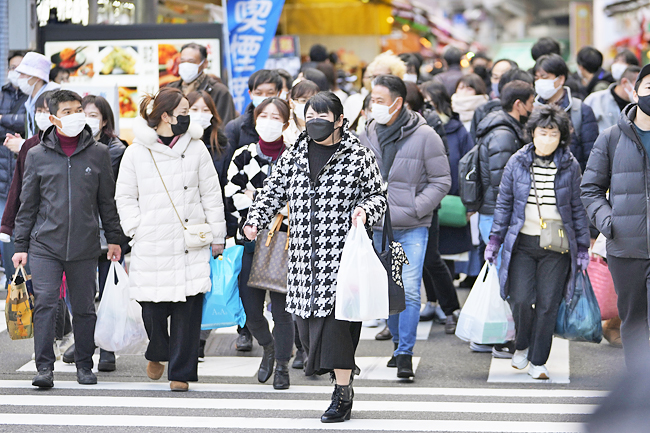 The BOJ’s target inflation rate is about two per cent.

While prices have risen more than usual and some companies, such as Fast Retailing, which operates the Uniqlo clothing chain, have announced wage increases, incomes in Japan have generally stagnated.

But an analyst at SMBC Nikko Junichi Makino expects inflationary pressures to ease in the months ahead.

Prices for oil and many commodities have declined from sharp spikes last year, and rising costs for imports have “peaked”, he said.