TOKYO (AFP) – Japan’s Finance Ministry said yesterday it spent USD43 billion in October to bolster the value of the yen, which has tumbled against the dollar this year to lows not seen since the 1990s.

The ministry said it spent JPY6.35 trillion (USD43 billion) on forex intervention operations between September 29 and October 27, without giving details of when or how often they had taken place.

It follows a similar decision to sell dollars and buy yen in September that cost JPY2.8 trillion (nearly USD20 billion at the time) and was announced by authorities soon after it happened.

But the government had until now refused to confirm speculation by traders and analysts of further intervention this month, causing rollercoaster fluctuations in the yen’s value.

The currency dropped beyond 151 per dollar earlier in October for the first time in 32 years, before rebounding sharply, then gradually falling again. Around the time of yesterday’s announcement, USD1 bought JPY148 – still dramatically weaker than February levels of around 115. 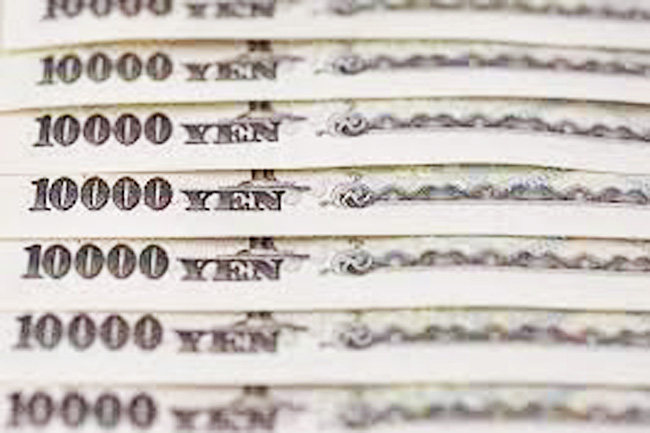 Behind the currency’s slide is the contrast between the monetary policies of the US and Japanese central banks.

While the US Federal Reserve is fighting inflation with aggressive rate hikes, the Bank of Japan has stuck to its longstanding monetary easing programme, designed to encourage sustainable growth.

BoJ governor Haruhiko Kuroda said on Friday there would be no change “any time soon” to the bank’s ultra-loose stance.

“Traders want to test the resolve of the Bank of Japan,” economist and currency strategist at Commonwealth Bank of Australia Carol Kong told AFP.

The Japanese government has “a huge amount to spend on intervention”, with more than USD1 trillion left in its forex coffers after September’s action, she said.