Japan finds sea urchin cultivation to be a win-win

NAGATO, YAMAGUCHI (THE JAPAN NEWS) – Opinions of the purple sea urchin – a source of much annoyance for fishermen due to its tendency to eat the seaweed found in fishing grounds – are shifting quickly on Omijima Island in Nagato, Yamaguchi prefecture.

An initiative is now underway on the island to purchase purple sea urchins from fishermen to cultivate and sell them.

Sea urchins are a luxury ingredient used in sushi and other dishes, but those growing in areas where they have exhausted the seaweed supply produce little roe and are not suitable for use as food.

The damage to the seaweed supply also results in poor catches of abalone and sazae turban snails.

Despite efforts to exterminate sea urchins such as by stabbing them with iron rods, the creatures have survived due to their strong capacity to reproduce.

Uninomics Inc, a Tokyo-based company with advanced sea urchin cultivation technology, took notice of this situation and began cultivating sea urchins on the island on a trial basis in cooperation with Maruyama Suisan, a local seafood processing company.

The sea urchins, which grew so well under cultivation that they could be shipped in about two months, were found to be sweet and rich in flavour.

They have even been well-received by restaurants at tasting events. The two companies have completed the construction of an aquaculture facility with 200 tanks, aiming to start sea urchin shipments in the new year. They have already received inquiries from local sushi restaurants and other businesses.

Fishers have begun to welcome the sea urchins as no longer a nuisance but a source of income. 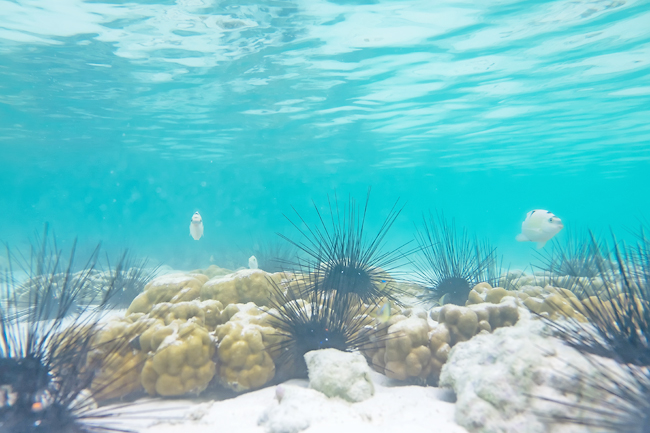