AP – Toru Kubota (AP; pic below), a Japanese journalist who was arrested while covering a protest in military-ruled Myanmar and detained for more than three months, said his experience made him more determined to tell the story of people there. “I feel I can understand their feelings more,” he said at a news conference in Tokyo yesterday.

Kubota, 26, was arrested on July 30 and released on November 17 in a broad prisoner amnesty announced by Myanmar’s military government.

He had been sentenced to 10 years in prison for allegedly breaking immigration law, sedition and other violations.

But Kubota stressed that many people remain imprisoned.

“I’m just one of those 16,000 people,” Kubota said, referring to the number of people who have been detained, according to the Assistance Association for Political Prisoners, a rights monitoring organisation. 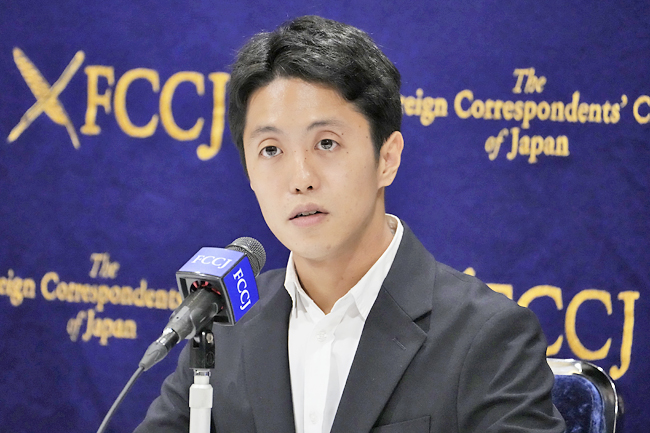 Kubota said he was among 20 people placed in what he described as a “hellish” cell so tiny they had to sleep on top of each other. Later, he was transferred to Insein prison in Yangon, the largest city in Myanmar, also known as Burma. The prison has housed political prisoners under various previous governments.

Kubota showed copies of messages that inmates had given him pleading for help.

“Hope everyone can help bring justice, human rights and democracy that are needed in Burma,” said one message in Burmese. “Thank you for standing with the Burmese people,” read another.

Kubota said he hopes to continue making films that will bring attention to the plight of people in Myanmar. “Being deprived of freedom means you can’t speak out, or you can’t express your views. It deprives you of your rights, your freedom,” he said. A graduate of Japan’s Keio University with a master’s degree from the University of the Arts London, Kubota has done work for Yahoo! News Japan, Vice Japan and Al Jazeera English.

It has cracked down on dissent, killing at least 2,465 civilians and arresting more than 16,000, according to the Assistance Association.

Journalists have been detained on various charges, such as causing fear, spreading false news and agitating.