ANN/ THE YOMIURI SHIMBUN – The government added nishikigoi carp to the list of key items it will promote to boost exports of agricultural, forestry and fishery products, eyeing demand for the ornamental fish in Europe, the United States (US) and Asia.

The government will support producers, distributors and other industrial organisations, aiming to boost the export value of carp to JPY9.7 billion by 2025, an increase of 60 per cent compared to 2021.

Carp was the 29th item added to the list of priority export items, which includes beef, rice and apples, among other products.

The inclusion of nishikigoi carp will enable related industry groups to receive support such as debt guarantees.

According to the Agriculture, Forestry and Fisheries Ministry, ornamental carp are popular overseas and can fetch prices in the tens of millions of yen. Niigata Prefecture accounts for half of the domestic production of nishikigoi, which is mainly exported to the US, Germany, China, and Indonesia.

According to Finance Ministry trade statistics, the export value of ornamental carp is on the rise, having doubled from JPY2.9 billion in 2013 to JPY5.9 billion in 2021.

The government set a target of raising the export value to JPY9.7 billion by 2025.

The government positioned expanded exports of agricultural, forestry, and fishery products as a central pillar of its growth strategy, aiming to boost export value to JPY2 trillion in 2025 and JPY5 trillion in 2030.

The annual figure hit JPY1.23 trillion in 2021, exceeding JPY1 trillion for the first time, and is on track to surpass last year’s tally in 2022. 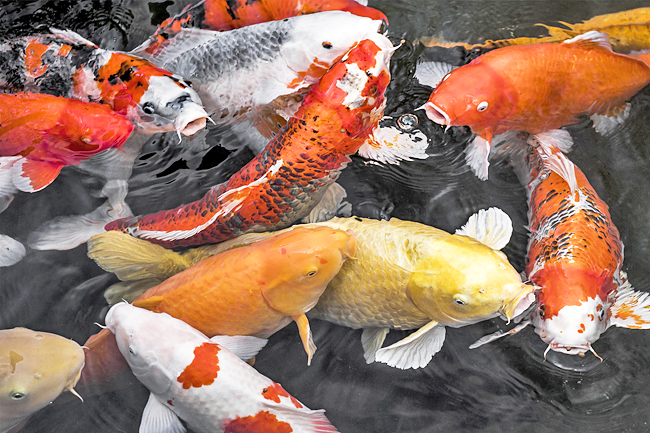