THE WASHINGTON POST – “Joy is a terrifying emotion, don’t trust it.”

These are the words Suleika Jaouad wrote in her journal during a blissful post-college foray in Paris. As it turns out, her insight was prophetic. Soon a leukemia diagnosis split Jaouad’s life into two distinct parts: before and after. Between Two Kingdoms: A Memoir of a Life Interrupted is a beautifully crafted account of this split, this rupture.

Jaouad, who was 22 when she learned of her illness, describes her three-and-a-half years of grueling treatment – chemotherapy, a clinical trial, a bone marrow transplant – with harrowing honesty. (Much of it she also shared in the New York Times series Life, Interrupted.) But what might be more harrowing, and ultimately more affecting, is the interiority of this book. Jaouad gives readers an intimate look not only into her experience but also into her thinking about the experience. Her insights about the self, connectedness, uncertainty and time speak to all of us, not only readers who’ve faced a life-changing – and potentially life-ending – diagnosis.

During treatment, Jaouad finds the present excruciating, the future uncertain and the past a painful reminder of the life she had “BC – before cancer”. She makes us feel the ache of waiting and not knowing, like treading water in darkness: “Time was a waiting room,” she writes. Such observations are particularly resonant considering the pandemic.

Jaouad’s self-awareness is part of what makes this book such a transformative read. She doesn’t hide the least flattering parts of herself in those years – her neediness, her selfishness, even the cruelty she inflicts on those closest to her. No one would blame her, given her suffering, but she makes a point of not presenting herself as a model patient, a model daughter or sister, a model partner. 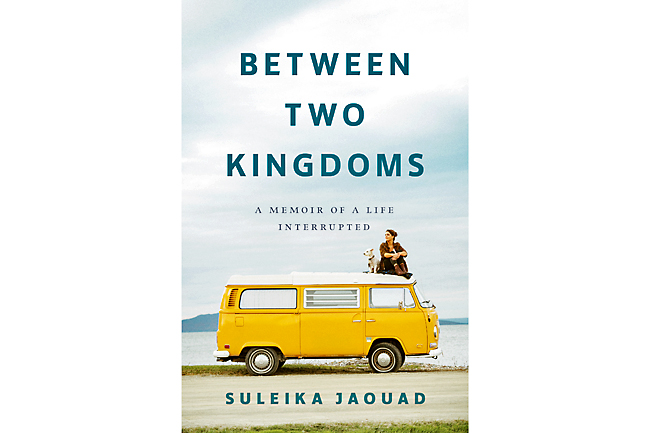 Jaouad also examines the impulse to write about her illness. As she writes, “It provided a sense of control, a way to reshape your circumstances on your own terms, in your own words.” She quotes the writer Jeanette Winterson: “That is what literature offers – a language powerful enough to say how it is. It isn’t a hiding place. It is a finding place.”

On moving back in with her parents for treatment, Jaouad finds herself ill at ease: “Everything smells the same, looks the same, feels the same, but you are different.”

This home-but-not-home feeling strikes me as an apt metaphor for learning to live your life in the after. After nearly dying, you do not simply pick up where you left off. The life you come back to is not the same, not really, because you have changed.

Doctors do their best to heal the body, but once the body is healed, how does one heal the life? How does one repair the break? Five years after her diagnosis, Jaouad, deemed “cured” by her doctors, went on a long-awaited adventure: a 100-day journey to meet the people whose letters buoyed her during treatment. In an old Subaru with her scrappy dog, Oscar, Jaouad traveled roughly 15,000 miles through 33 states to visit more than 20 people. Her time on the road showed her that even if she got lost or ran out of gas, she could do anything all on her own – and also, thanks to the kind souls she connected with on the trip, that she didn’t have to do things alone. It was her choice.

Yes, Between Two Kingdoms is a cancer memoir. It’s a coming of age story. A road trip adventure. A survival story. It’s also a love story, but it is not romantic love that “saves” Jaouad. No, it’s bigger than that. We need to pull back from that close-up for a wide shot, so we can see the many devotions, the many connections, that brought her back into her life “AC – after cancer”. Perhaps most sacred and important is the connection to, and communion with, oneself.

Early in the pandemic, Jaouad embarked on a different kind of adventure, one more about stillness and reflection. Her Isolation Journals project, which sends out weekly journaling prompts, “was founded on the idea that life’s interruptions are invitations to deepen our creative practice.” Jaouad knows plenty about life’s interruptions; if anyone can help us “reimagine isolation as creative solitude”, it’s her.

Ultimately, Between Two Kingdoms is a book about human connection, a book about the ways Jaouad, now 32, was held by others – the family and friends who cared for her, the doctors and nurses who tended to her, the patients she befriended, even the strangers whose generosity gave her more time. “The blood of strangers coursed through my veins, bag after bag, day after day. Sometimes I tried to imagine who these donors were – a schoolteacher, a famous actor, a tarot card reader? I couldn’t quite conjure them, but they were keeping me alive.”

The timing of this memoir is just right. After nearly a year of living through a pandemic, we all understand isolation and grief, endurance and healing, more than we did before.

We know more of what it means to sustain one another in tangible and intangible ways. We understand the necessity of hope. Joy is a terrifying emotion, indeed. But thank goodness for it.