NEW YORK (AP) — The film business is inherently full of starts and stops, but few have experienced the phrase “hurry up and wait” quite like No Time to Die director Cary Fukunaga.

Fukunaga, the 44-year-old filmmaker of Beasts of No Nation and the first season of True Detective, took the job directing the 25th Bond film after Danny Boyle dropped out. What followed was, for a big-budget movie like No Time to Die a sprint to rewrite the script (with Neal Purvis, Robert Wade and Phoebe Waller-Bridge), begin production in spring 2019, wrap by the fall and have the film ready for release in April 2020.

But when the pandemic arrived, the fittingly titled No Time to Die was put on ice for a year and a half while MGM and United Artists Releasing awaited the right conditions to open a film that cost at least USD250 million to make.

Fukunaga, the first American to direct a Bond film in the franchise’s 58 years, has since moved onto other projects. But the wait for the biggest movie of his career has been – like most things during the pandemic – discombobulating. It’s even affected his dreams. Fukunaga recently spoke by phone from London to The Associated Press ahead of No Time to Die finally coming out, on September 30 in the United Kingdom and October 8 in the United States. 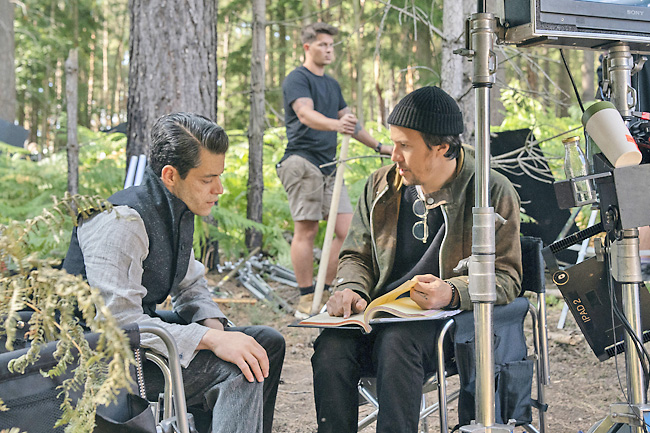 AP: What’s this experience been like, waiting for No Time to Die to be released?

Fukunaga: I’ve never experienced anything like this. There have been releases that come out later but never by that much – especially because we broke our backs just trying to get done in time. So it’s been strange. You want to watch it with an audience and see how people react. But you just kind of put it behind you. What I haven’t gotten on this one is the satisfaction of anyone else seeing the film and saying “I hated it” or “I like it”. That’s the part you’re waiting for. Some people are going to like. Some people aren’t going to like it. But you still want to hear it. Even if you don’t want to hear it, you want to hear it.

AP: How confident are you in the release date?

Fukunaga: I mean, nothing is certain until it’s actually happening. After several delays, I’m always the last to know these things. So I just go with whatever they tell me. I have no part in making sure this happens or not. I just show up now.

AP: Do you ever wake up and wonder: Did I really make that movie?

Fukunaga: I had a dream last night where (Skyfall and Spectre director) Sam Mendes was there. We were on vacation on some frozen lake. There was a feeling like: He was done with Bond films. And he was like, “Oh, you finished one. Now you get a break.” Then we started, like, water skiing on a frozen lake. It was a weird dream.

AP: Hollywood has been struggling during the pandemic to decide what’s best for its most expensive films, like No Time to Die, which need to sell a huge amount of tickets to break even. Do you feel that pressure?

Fukunaga: Of course. You want the film to perform as best it can. You have the industry professionals telling you everyone’s optimistic, but no one really knows what’s going to happen. You have the out to say COVID is the reason it underperformed. You want to be the exception and have people show up in mass. You don’t want a pandemic to be the reason people didn’t show up to see your film.

AP: What was your original interest in making a Bond film?

Fukunaga: I talked about doing Bond films quite a ways back. I talked to (producer Barbara Broccoli) even about doing one of these shortly after Spectre. I always wanted to have a chance of competing – and I consider it competing even though I want my fellow filmmakers to do well – to see if I could make a movie that people actually wanted to show up to cinemas for. To me, Bond always made the most sense out of any of the tentpole, iconic figures out there as a character. If you were to look at my work in the past, I’ve always kind of focussed on outsiders. This guy is somebody that for 60 years now has been an outsider. He felt like the kind of character that I would want to take on. Almost every one of my characters has been an orphan.

AP: You crafted a six-minute single take on True Detective. Should we expect a long shot in No Time to Die?

Fukunaga: If we had more time, that would have been something on my radar. You have your priorities. I came on after Danny Boyle left the project and we had a very short amount of time to get the script ready and go into pre-production to make this thing. That meant all hands were on deck to get the story right and try to make sure this did justice to Daniel’s run. We wanted to tie up a lot of loose ends or story threads that were set up in the last four films. So my biggest focus was trying to get the story to work on all levels. My ability to focus on specialty shots was obviously a primary concern but second to satisfying plot and emotional story.

AP: The film has been called a psychological thriller. Is that accurate?

Fukunaga: If there’s a needle that bent one way or the other based on genre, it’s still categorially a Bond film. But it would lean to the psychological side.

AP: It seems there were some Bond traditions you and your collaborates were set on losing or inverting, like the old-fashioned Bond woman.

Fukunaga: I think we all wanted to – and I would say Barbara included – that we didn’t want to fall into the trope of abandoning the last girl and moving on to the next one. There’s even a technical term for that, which is called “fridging”, which is just an awful word. It was actually pretty fun to play with the expectation of the disposability of the Bond woman. The fun part is to not feel like you’re being reactionary to the currents of the time but nodding to the currents of the time with respect and awareness to character, story
and place.

AP: And are you happy with film you made?

Fukunaga: Yeah. Whenever you make anything, you’d want to change it and make things better. But I think considering everything, this film looks like it took years to make instead of a year.