PARIS (AP) — A Black French scholar and expert on United States (US) minority rights movements who’s taking charge of France’s state-run immigration museum said it’s “vital” for his country to confront its colonial past so that it can conquer present racial injustice.

“The French are highly reluctant to look at the dark dimensions of their own history,” Pap Ndiaye told The Associated Press in his museum, initially built to display colonial exploits but now meant to showcase the role of immigration in shaping modern France.

Ndiaye was named to head France’s National Museum of the History of Immigration at a crucial time, as his country is under pressure to reassess its colonial history and offer better opportunities for its citizens of colour, in the wake of Black Lives Matter and other racial justice movements.

Following George Floyd’s death in the US last year, thousands took to the streets in Paris and across the country expressing anger at racism and discrimination in French society, particularly toward people from the country’s former colonies in Africa.

What happened in the US “echoes the French situation”, Ndiaye said. 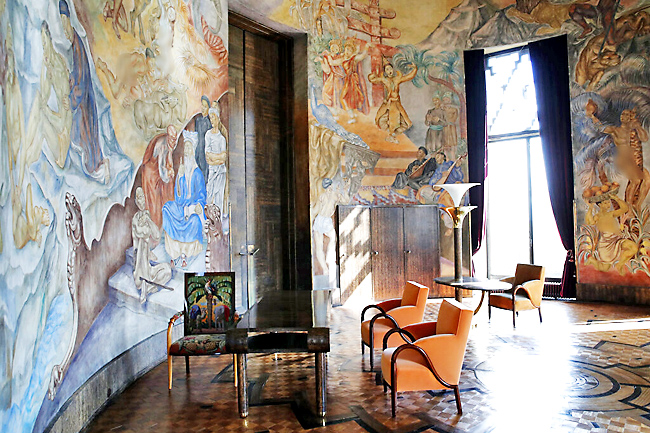 Many young French are increasingly pushing back against a national doctrine of colourblindness, which aims at encouraging equality by ignoring race altogether — but has failed to eradicate discrimination.

They “are disappointed in many ways in the French promise of equality and opportunities for all”, Ndiaye said. “We must go beyond the official discourse and acknowledge reality.”

These issues “have to be discussed. They have to be measured also through the use of statistics”, Ndiaye said, also urging “more effective policies” targetting discrimination in the job and housing markets.

These are bold statements for a top government-appointed official in France, where collecting data based on race or ethnicity is frowned upon, and where the far-right has brought anti-immigrant rhetoric to the mainstream. French President Emmanuel Macron has promised more steps to fight discrimination and has treaded carefully on how to address colonial wrongs.

Ndiaye, who was born and raised in France, described his stay in the US from 1991 to 1996 to study as “a personal revelation”. Born to a French mother and Senegalese father, he said his US experience “helped me integrate that Black part of me I had put aside a little bit to make it a source of pride”.

Coming back to France, he specialised on the history of minorities in both countries, and his publication in 2008 of the book The Black Condition made him a precursor of Black Studies in France.

From his new post at the immigration museum, Ndiaye hopes to contribute to opening up the debate needed so the French confront their collective memories.

“I know many French people would say that slavery is something that happened in the US when slavery did not really happen in France or on a much smaller scale — which is not the case. The main difference between France and the US is that slavery was overseas (in French colonies), very far from the mainland.”

The Palais de la Porte Doree, which houses the museum in the east of Paris, is in itself a strong testimony from France’s colonial era.

Built for the Paris Colonial Exposition of 1931, it aimed to present the French colonies in a favourable light.

Amid other propaganda, Ndiaye said, a monumental fresco in the main hall of the museum was meant to convince the public “that colonisation is good for the colonised themselves, that they enjoy being colonised by the French because of the civilising mission of the French Empire”.

The fresco still stands, as a reminder. Visitors will be able to “measure the gap between the official discourse on colonisation at that time… and the reality”, he said. “A reality of violence, a reality of oppression, a reality of domination.”

The immigration museum, inaugurated in 2007, is now closed to the public amid the virus crisis and in full renovation, with a re-opening expected next year.

It will propose a new approach to the history of immigration to ensure that it is “not a footnote” in France’s history, Ndiaye said. “Immigration is presented in a positive manner of course when we know that one French out of four has at least one grandparent who came from elsewhere.”

The permanent exhibition will start from 1685, when King Louis XIV passed the Code Noir, or Black Code, legislation meant to regulate the conditions of slavery in French colonies. It legalised the brutal treatment of slaves and foresaw capital punishment for offences including striking a “master”.

The display will focus on France’s colonial Empire that once included a large part of northern and western Africa and other territories in the Caribbean, the Middle East and south-east Asia.

The exhibition will end with the migrant crisis that shook Europe in 2015, when more than one million people crossed by land and by sea to reach the continent.

With a growing non-white French population with ancestors coming from colonised areas, Ndiaye said people want “their history, the history of their family, to be better integrated within the general master narrative of French history”.