THE WASHINGTON POST – Our brain is soft and squishy akin to the consistency of warm Jell-O. Though cushioned by our skull (and sometimes a helmet), our brain will still feel the effects of a strong enough impact.

After a bad blow to the head, “inside your skull, your brain sloshes around,” said a clinical professor of orthopedics and the Director of the Concussion Management Clinic at the University at Buffalo John Leddy.

A concussion is labelled a mild traumatic brain injury but “the word ‘mild’ is a misnomer”, said Leddy.

As a type of traumatic brain injury, concussions are designated mild because, through the images of a standard MRI or CT scan, the brain generally looks normal because there is no obvious large-scale damage. (A visible brain bleed would bump the injury to moderate or severe traumatic brain injury).

With advanced brain imaging, however, it is easier to see the microstructural damage to the brain’s white matter, or nerve fibres, caused by a concussion.

This type of physical damage is known as diffuse axonal injury, for the harm done to axons, which are the long, thin cablelike neuronal offshoots that connect neurons and brain regions. 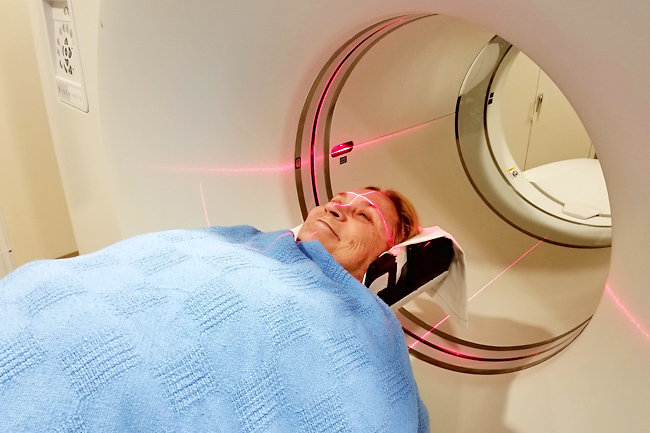 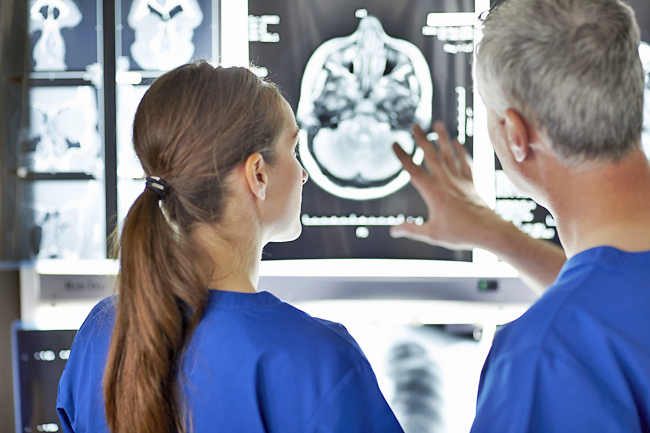 Emerging research suggests that diffuse axonal injury can cause immediate and persistent disruption of brain networks and may be a key contributor to the short-term and long-term consequences of concussions.

We still do not completely understand what causes a concussion, but we do know that its effects can cause widespread disruption to the brain and its normal functioning.

As our brain moves, twists and rotates, the neurons shear and stretch, which causes them to indiscriminately release neurotransmitters, the molecules neurons use to communicate with one another.

This uninhibited chemical release occasionally occurs in the part of the brainstem controlling the hands and arms, and can cause muscles there to involuntarily flex and extend in what is called a “fencing response”.

This is probably what happened when Miami Dolphins quarterback Tua Tagovailoa remained on the field with his arms and hands contorted and splayed above his face after his head hit the turf.

This primitive motor reflex is “almost like a traumatically induced seizure”, said a professor of kinesiology at the University of Michigan and director of the Michigan Concussion Centre Steve Broglio.

At the same time, the metabolism of the brain is thrown out of whack as it tries to fix the delicate balance of ions that neurons need to properly generate electrical signals.

The brain now needs more glucose to help recover, but the concussion also decreases its baseline cerebral blood flow, causing an energy mismatch between what the brain needs and how much fuel it gets, which may contribute to fatigue symptoms.

The result is that essential, unconscious functions that the autonomic nervous system keeps carefully regulated – blood pressure, heart rate, breathing – may all be knocked off kilter by a concussion.

A concussion can have both short-term and potentially long-lasting effects, which are still not completely understood.

And the wide variety of possible physical, emotional and cognitive symptoms following a concussion reflects both the bluntness of the trauma and what parts of the brain were injured.

Soon after a concussive event, people may have amnesia about the impact, headaches, confusion or unconsciousness. They may experience ringing in the ears, nausea, disorientation, fatigue or blurred vision.

Other symptoms may crop up in the days or weeks following the injury, such as a lack of concentration, mood changes, sleep disturbances, balance problems, or sensitivities to light and sound.

A concussion puts the brain in a very vulnerable state, which magnifies the risk of severe concussion symptoms by orders of magnitude from a second hit, Leddy said.

The most extreme and rarest example of severe outcomes is “second impact syndrome”, where someone experiences a second head injury shortly after a first. Primarily reported in male high school football players, the second injury can lead to irreversible brain swelling and even death.

More commonly, being hit again before the brain fully recovers from its first injury can exacerbate the consequences and make symptoms more severe, numerous and persistent. Just as spraining an ankle makes it more likely to be sprained again.

“Once you injure the brain, it is easier to injure it again,” Broglio said.

The clinical diagnosis of a concussion is still imperfect and depends on the physical signs that a physician can observe and the symptoms the patient reports. There is, as of yet, no objective measure for concussion.

In professional sporting events, it is a clinical judgement call – researchers are working to develop more objective tests for potential biomarkers – but it is best to err on the side of caution and remove the player if a concussion is suspected, Leddy said.

“The presumption of a sports medicine doctor is that this athlete is going to try to play no matter what they’re feeling,” Leddy said. “But the doctor’s job is to protect the athlete first and foremost.”

Just as diagnosing a concussion is challenging, predicting how long it takes to recover from one is equally tricky.

The brain is likely to compensate for the damage by reorganising itself and its connections. For 80 to 90 per cent of adolescents and adults, it takes about two weeks to recover to clinically normal levels of functioning spontaneously, Broglio said.

But a sizable minority of people – at least 15 per cent – with concussion experience persisting neurocognitive dysfunction, though some studies suggest this percentage is an underestimation.

We still do not understand why some people are more susceptible to worse outcomes
than others.

The most consistent predictor of a slower recovery is the severity of the symptoms. But generally, with proper care, one or two concussions can be manageable.

“I would never recommend hitting your head,” Broglio said. “But if somebody had one concussion, I wouldn’t be too panicked.”

Repeated brain impacts and injuries, like those that can be sustained over a long sporting career, however, have been linked to an increased risk of neurodegenerative diseases, including Alzheimer’s, other forms of dementia, Parkinson’s and chronic traumatic encephalopathy, or CTE, a rare condition prominently associated with American football and boxing.

Physicians say, perhaps surprisingly, that the lesson from concussion research is not to necessarily give up sports. Concussions are injuries to the brain that should be taken seriously, but physical activity is also good for the brain.

But above all, when dealing with a traumatic brain injury, it is better to be safe than sorry.