ROME (AFP) – Days after Italy’s far-right leader made a multilingual appeal to foreign commentators to take her seriously, her main rival in September elections issued his own tit-for-tat video on Saturday condemning her record.

Former prime minister Enrico Letta, leader of the centre-left Democratic Party, declared his pro-European credentials in a video in English, French and Spanish, while deriding the euroscepticism of Italy’s right-wing parties.

It echoes the trilingual video published this week by Giorgia Meloni, tipped to take power in the eurozone’s third largest economy next month, in which she sought to distance her Brothers of Italy party from its post-fascist roots.

“We will keep fighting to convince Italians to vote for us and not for them, to vote for an Italy that will be in the heart of Europe,” Letta said in English.

His party and Meloni’s are neck-and-neck in opinion polls ahead of September 25 elections, both with around 23 per cent of support. 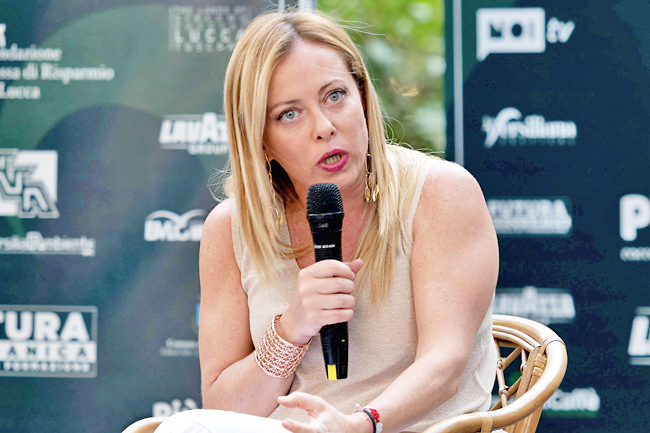 But Italy’s political system favours coalitions, and while Meloni is part of an alliance with ex-premier Silvio Berlusconi and anti-immigration leader Matteo Salvini, Letta has struggled to unite a fractured centre-left.

Speaking in French perfected in six years as a dean at Sciences Po university in Paris, Letta emphasised European solidarity, from which Italy is currently benefitting to the tune of almost EUR200 billion (USD205 billion) in post-pandemic recovery funds.

“We need a strong Europe, we need a Europe of health, a Europe of solidarity. And we can only do that if there is no nationalism inside European countries,” he said.

He condemned the veto that he said right-wing Hungarian Prime Minister Viktor “Orban – friends and allies of the Italian right – is using every time he can (to) harm Europe”.

In English, he condemned the economic legacy of Berlusconi, a three-time premier who left office in 2011 as Italy was on the brink of economic meltdown, but still leads his Forza Italia party.