THE WASHINGTON POST – If you were to look deep inside my body, beneath the dark circles and stretch marks, you would find the cells of my four children, a legacy from pregnancy living on within me for the rest of my life.

In reality, though, by now these rowdy foetal cells – which cross the placenta and enter the maternal blood stream – have probably settled down and embedded in various body parts, permanently integrating with my kidneys, say, or my heart.

Not even my brain is off-limits. Scientists studying “foetal microchimerism”, the technical term for this baby-mom cell-meld, have autopsied mums’ brain tissue and discovered evidence of Y-chromosomes presumably belonging to our sons. The kids have literally gotten inside our heads.

Scientists are still trying to figure out what these cells do for us, or to us: The foetal cells embedded in our hearts may help new mothers survive heart attacks, while the ones in mom brains seem to cluster in regions related to maternal impulses, or so a study in mice suggested. Perhaps they even influence our parenting in some mysterious way. (Could my four ever agree on how to puppeteer me? They cannot even compromise on what movie to watch.)

Microchimerism is an unseen yet striking example of a reality that captivates the emerging discipline of mom science: the way that children shape their mothers, as much as the other way around. 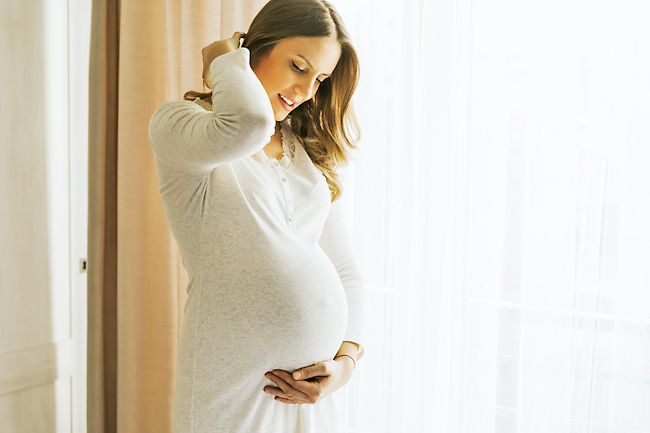 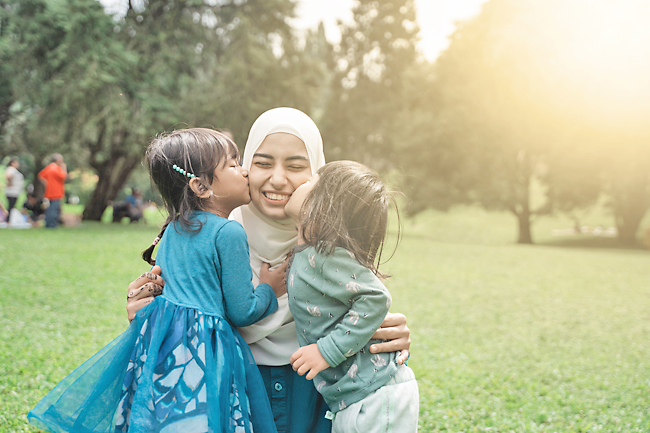 When I started exploring this somewhat unsettling subfield for my book Mom Genes: Inside the New Science of Our Ancient Maternal Instinct, I was pregnant with number four. Previously, I had imagined each of my foetuses as a sort of generic polliwog inside me, inchoate and more or less benign, or at least not yet capable of mocking my choice of walking shoes. But it turns out that I am the work in progress, and number four, like her siblings, began calling shots long before she learned to talk or even came into the world.

These very first, largely invisible forms of foetal influence are sometimes called “maternal programming”. For instance, scientists long believed that a pregnant woman’s level of excitement or calm, measured through her heart rate or skin sweat, triggered parallel physiological reactions in the foetus.

But, studying data from 137 pairs of expectant women and foetuses, Janet DiPietro at Johns Hopkins University discovered that the chain reaction also ran the other way, with mums unconsciously responding to activity from their in utero passengers.

In a 2013 experiment, DiPietro fitted pregnant women with noise cancelling headphones and eye masks so they could not hear or see. A research assistant then sneaked up and rattled a tube full of unpopped popcorn kernels just a few inches above the women’s enormous stomachs. The mums-to-be did not have an inkling of what was happening: Only the foetuses could sense the loud sound. Startled, they began flipping about, and tripping off a cascading reaction in their mums’ bodies.

Mums are aware of just a fraction of foetal movements. But DiPietro believes that all the rest of those unfelt slide tackles and karate chops are still energy well spent: They may serve a key “signalling function”.

Some foetuses move far more than others, exhibiting “core individual differences”. Their fluttering punches and somersaults, or relative stillness, may unconsciously condition us to expect chaos or calm from our baby-to-be, training us to be the best mom for the job.

While reading these studies, I had already noted the distinctive way number four seemed to paw the ground of my uterus; today she’s a brazen one-year-old, nicknamed the Bull.

After birth, of course, the opportunities for influence multiply. The child we get shapes the mother we become: Studies have shown, for instance, that mothers tend to treat identical twins more equivalently than they do fraternal twins, suggesting that the child’s inherent traits may matter at least as much as any chosen parenting strategy. (Fascinatingly, mothers assess their identical twins as having more similarities, and fraternal twins as having more differences, even in cases where they are wrong about whether the twins are identical or fraternal, with lab tests ultimately revealing the answers.)

Changing a child’s behaviour can reshape a mother’s mind. As part of a long-term study on the African island of Mauritius, children were administered six months’ worth of nutritionally fortified juice boxes, some of which included extra omega-3 fatty acids. As anticipated, the kids who received the brain-building lipids showed reductions in problem behaviour a year later.

But there were also striking parallel improvements in the parents participating in the study, most of whom were mothers. The mums did not have so much as a sip of the special juice, but apparently simply by virtue of their children’s improved demeanour theirs improved, too, with “significant, long-term reductions in psychological aggression”.

As the mother of three daughters and a son, I am especially intrigued by the lifelong impact of a child’s sex on maternal health and behaviour. No obstetrician mentioned any of this to me, but preliminary reports suggest that boy foetuses on average may move somewhat differently in the womb. (They seem to fidget and flail their legs more than female foetuses, which, ever verbal, make more mouthing gestures and startle less dramatically.) And #boymums really are special – but not always in ways that you would want to brag about on Facebook.

Women pregnant with boys are at greater risk for a host of pregnancy complications, including late miscarriage, prenatal diabetes, placenta previa, preeclampsia, pre-term birth, and Caesarean delivery. They are also more likely to get postpartum depression, two studies recently showed. This may be because larger male foetuses are typically more taxing to gestate and trigger more inflammation in our bodies.

After birth, women – like other female mammals – may produce different milk types for sons vs daughters. (One Massachusetts study found that boy mums’ milk had 25 per cent more energy content.) Perhaps this energy drain helps explain why, according to an analysis of preindustrial Finnish birth records, women who birthed many sons had shorter life spans than women who had fewer sons or many daughters. (Fathers of sons are spared these ill effects.)

The boy mums’ differences persist long after the baby years with diverging tendencies in everything from orthodontics spending to stock market investments. Obviously these patterns are entangled with cultural expectations, including glaringly sexist attitudes and assumptions that still forge parenting protocols.

But the interplay between a child’s sex and maternal behaviour also reveal the subtler way the environment shapes us. Consider the mystery of why the mothers of girls are somewhat less likely to be married and more likely to divorce. One (not implausible) explanation is that teenage girls are tough to parent, resulting in relationship stress and divorce. Another is that the birth of a son offers a special incentive for mini-me-obsessed dads to stick around.

But a third possibility is that giving birth to a boy reflects environmental cues and their profound impact on female biology; in part because boys are more physically taxing to produce, they are subtly selected against in the wombs of women under stress.

When women miscarry in the wake of events like terrorist attacks, the lost foetuses are more likely to be male. Even less dramatic stressors, such as pollution or unseasonal weather patterns, may fractionally favour female births.

A Columbia University study recently showed that the most stressed-out women had girls almost 70 per cent of the time. Meanwhile, women who may feel exceptionally well provisioned in life, like billionaire’s wives, may have higher odds of bearing boys. On the flip side, there is limited but intriguing literature suggesting that boys are slightly more likely to be born nine months after national celebrations, such as Super Bowls, World Cups or (in Britain) the birth of Prince William.

So perhaps daughters appear to “cause” breakups because girls are born ever so slightly more often to couples already having a hard time. The mere birth of a son, with its lifelong ramifications, may be a coded signal about the quality of mother’s environment and social network.

All this is a reminder that while our children wield great power over us, our relationship is not an island. As much as mums and babies make each other, the wider world is our shared womb.