JERUSALEM (AP) – Israel and the United Arab Emirates (UAE) yesterday signed a free trade agreement (FTA) yesterday, the first of its kind that Israel has concluded with an Arab country.

The UAE agreed to normalise relations with Israel in a United States (US)-brokered deal in 2020, the first of the so-called Abraham Accords that Israel eventually concluded with four Arab nations. Since then, the two countries have boosted cooperation in a number of economic sectors.

“Israel & the UAE just signed a historic Free Trade Agreement – the first of this scope to be signed between Israel & an Arab state,” Israeli Prime Minister Naftali Bennett tweeted. “This was the fastest FTA to be signed in Israel’s history.”

“Businesses in both countries will benefit from faster access to markets and lower tariffs as our nations work together to increase trade, create jobs, promote new skills and deepen cooperation,” he tweeted. 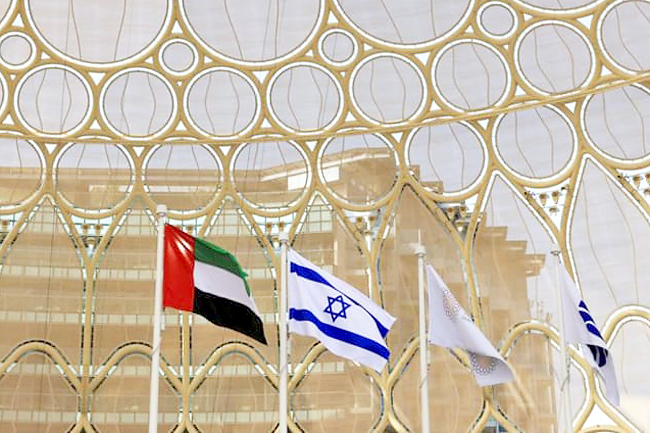 President of the UAE-Israel Business Council Dorian Barak predicted that bilateral trade would exceed USD2 billion this year, rising to USD5 billion in the next five.

“Dubai is fast becoming a hub for Israeli companies that look to South Asia, the Middle East and the Far East as markets for their goods and services,” he said. “Nearly 1,000 Israeli companies will be working in and through the UAE by year’s end. It’s unprecedented.”

In the years leading up to the Abraham Accords, Israel had steadily increased cooperation with Gulf Arab states like the UAE, which share its security concerns about Iran.

Supporters of the accords view them as an historic breakthrough in Mideast diplomacy.

The Palestinians rejected the accords as a betrayal of their cause because they shattered a longstanding Arab consensus that any normalisation with Israel should come in exchange for progress in the long-defunct peace process.