BEIRUT (AFP) – The Islamic State (IS) extremist group said on Wednesday that its leader Abu Hasan al-Hashimi al-Qurashi has been killed in battle and announced a replacement to head up its remaining sleeper cells.

A spokesman for IS said Hashimi, an Iraqi, was killed “in combat”, without elaborating on the date or circumstances of his death.

The United States (US) military’s Central Command (CENTCOM) said Hashimi had been killed in an operation carried out by rebels of the Free Syrian Army in Daraa province in southern Syria in mid-October.

Daraa province is mostly controlled by Syrian government forces and rebels who have reached understandings with the regime. In mid-October, Damascus said it had launched a joint operation against IS with former rebels in the south of the province.

Using an alternative acronym for IS, US National Security Council spokesman John Kirby said: “We welcome the announcement that another leader from ISIS is no longer walking in the face of the Earth.”

Speaking in an audio message, the IS spokesman said Abu al-Hussein al-Husseini al-Qurashi had been named as the group’s new leader. 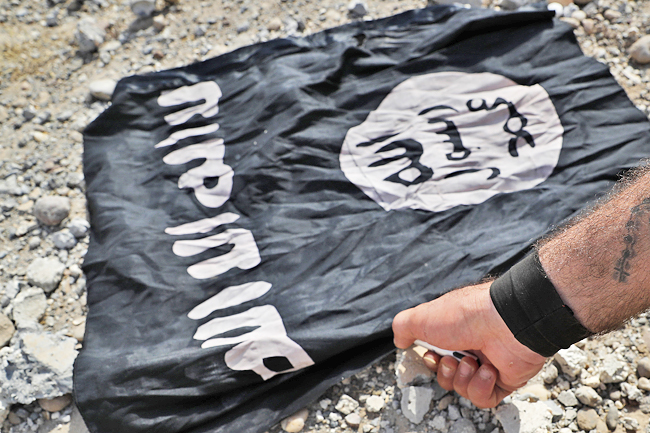 After a meteoric rise in Iraq and Syria in 2014 that saw it conquer vast swathes of territory, IS saw its self-proclaimed “caliphate” collapse under a wave of offensives.

The extremist group’s austere and terror-ridden rule was marked by beheadings and shootings.

It was defeated in Iraq in 2017 and in Syria two years later, but sleeper cells still carry out attacks in both countries.

The group or its branches have also claimed attacks elsewhere this year, including in Afghanistan and Iran.

The spokesman did not provide details on the new leader, but said he was a “veteran” extremist and called on all groups loyal to IS to pledge their allegiance to its fourth leader.

IS’s previous chief, Abu Ibrahim al-Qurashi, was killed in February this year in a US raid in Idlib province in northern Syria.

His predecessor Abu Bakr al-Baghdadi was killed, also in Idlib, in October 2019.

White House Press Secretary Karine Jean-Pierre would not comment on any US involvement in the operation that led to Hashimi’s death.

“We are pleased to see the removal of ISIS leaders in such quick succession,” she told reporters. “The US remains committed to countering the global threat from IS and stands ready to work with international partners.”