THE WASHINGTON POST – There’s a lot of competition for the most contentious issue in weight loss, but I’d have to give the nod to ketogenic diets. Now a study about them sheds some interesting new light – although I’m not holding out hope for kumbaya.

First though, a brief overview of the theory of ketogenic diets. When you eat carbohydrates, your body processes them with insulin, which shuttles blood glucose into fat stores, leaving you hungry.

If you don’t eat many carbs, your body starts running on ketones, which your liver manufactures from fat – less hunger, less fat accumulation. Or that’s the theory, at any rate.

It’s important to keep in mind that nothing, including keto diets, can defeat the calorie balance equation: To lose weight, you have to burn more calories than you absorb. But there are two mechanisms by which a keto diet might help you do that: It could leave you satiated on fewer calories, so you take in less, and it could increase the rate at which your body burns energy, so you expend more.

Does keto actually do those things? 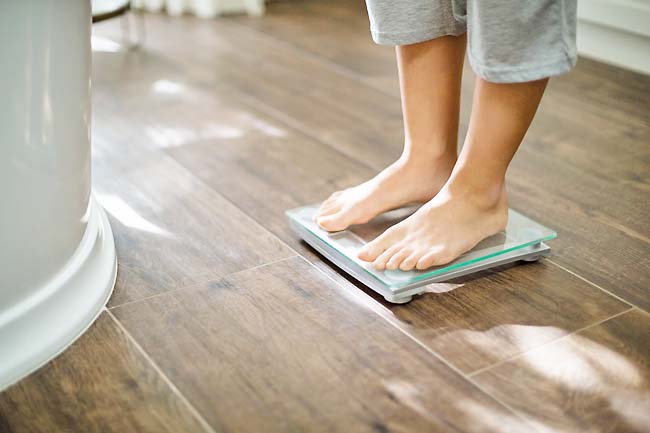 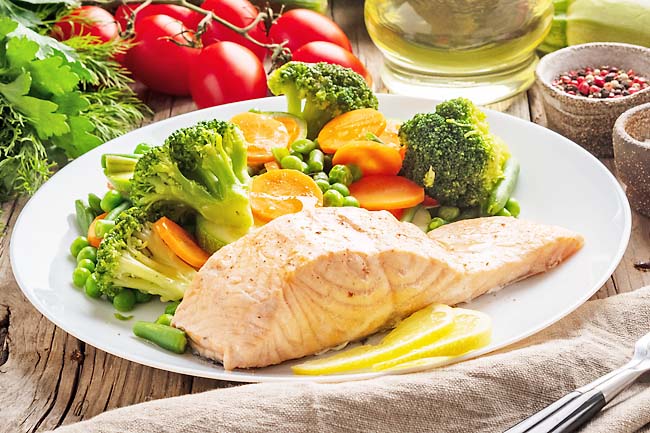 Let’s take appetite first, which brings us back to that interesting new study.

It’s by the National Institutes of Health’s (NIH) Kevin Hall, the same scientist who found that people eating ultra-processed food ate 500 calories more per day than people eating a diet of whole-ish foods. This time, he compared a keto diet to a low-fat, high-carb plant-based diet.

If you’re of a certain age, you may recall that low-fat diets have their own theory, about which much was made back in the 90s. Because fat is calorie-dense – nine calories per gramme versus four for carbs and protein – high-fat diets lead to overconsumption.

Hall’s study wanted to test the battling theories by comparing the diets head-to-head.

Twenty subjects, inpatients at a NIH facility so all their consumption could be monitored, were fed either the keto diet or the low-fat diet for two weeks, and then switched over to the other.

(These studies are very expensive, which is why they tend to be small and short.)

Which diet led to less consumption?

The low-fat. By a lot – nearly 700 calories per day. This, despite the fact that insulin levels on the low-fat diet were, Hall told me, “through the roof”.

The low-fat group also lost a little more fat (only about a pound, not enough for statistical significance). The keto group lost more fat-free mass, but Hall points out that a big component of that is water, which you always lose when you cut carbs.

But wait! This is not the last nail in the coffin of keto satiety. Hall made a point of highlighting the fact that, on the keto diet, consumption dropped by 300 daily calories in the second week, possibly because of a satiety effect kicking in. Would it have dropped more had the study gone longer? There’s no way to know, but it’s certainly possible.

A 2015 meta-analysis of studies of satiety on keto versus other diets found that keto was indeed somewhat more satiating, and Hall told me that the theory that being in ketosis suppresses hunger could also explain why some subjects in studies of fasting report not being hungry.

Another piece of evidence comes from Hall’s previous study, the one about processed foods.

I think it’s safe to say that the preponderance of the evidence indicates that keto diets may indeed be more satiating than some other diets.

So let’s move on to the second question: Does eating keto up your energy expenditure?

Hall has researched that, too. In a study he conducted, he found that energy expenditure increased 57 calories per day on the keto diet, although there was no accompanying fat loss. In a review he did of other studies, though, he found no advantage.

There are studies that find that keto diets increase energy expenditure, and the issue is very contentious.

Scientists argue about methodology and accuracy and the various ways to measure energy expenditure, and I don’t think there’s a clear consensus.

Me, I’m absolutely ready to believe that energy expenditure can vary on different diets, because our bodies handle different foods in different ways, but I think it’s unlikely that the difference will be big enough to matter much.

If keto diets make you burn, say, several hundred more calories every day, it shouldn’t be that hard to detect it in the lab.

So where does that leave us? Ketogenic diets may suppress appetite, at least a little, and they may even help you burn more calories. In practice, though, they don’t do better than other diets in the long term. In the short term, several studies have found that keto dieters lose more weight.

A 2013 review found that, among studies that followed people for at least a year, keto dieters lost about two pounds more than low-fat dieters, a finding the authors called “of little clinical significance”.

In 2019, the National Lipid Association concluded, “Low-CHO (carbohydrate) and very-low-CHO diets are not superior to other dietary approaches for weight loss.”

I talked to Gary Taubes about this. He’s a journalist who has written about low-carb diets for a long time, and his latest book The Case for Keto came out in December. A ketogenic diet is very compelling to him, in part because he was able to manage his own weight on a low-carb diet after having failed with other diets.

Diet trials, he pointed out, don’t test diets; they test diet advice. Unless you lock people up and control what they eat, which you can only do for short periods, part of what you’re testing in a diet trial is how well someone can follow the programme.

Almost all diets fail because people can’t follow them, and keto is no exception. I asked Stanford University’s Christopher Gardner, who has conducted some of the most robust diet trials ever done, and obesity researcher and author of The Hungry Brain Stephan Guyenet whether they think ketogenic diets outperform other diets in weight-loss trials, and both said no. (There may be benefits for management of diabetes or other medical conditions, but I’m using up all my 1,200 words on weight loss.)

But Guyenet added that the trials of keto diets have established something important. “If you went back 20 or 30 years and asked the average obesity researcher or doctor about a diet that’s high in fat and low in carbs, I think they’d say that would be disastrous, it would lead to obesity and heart disease,” he told me.

“The biggest update is that it doesn’t. It’s not catastrophic for your health, and it may have some benefits. The predicted adverse effects haven’t materialised,” said Guyenet.

Although we don’t have enough information to say for sure that keto is safe in the long run, so far it looks fine.

There’s one more thing. If you look outside controlled trials, you find a whole lot of very enthusiastic keto advocates. “Where does this passion come from?” Taubes asked me, and I think it’s a good question. For people who succeed, keto is very, very compelling – as anyone on social media is likely to hear. Finding an online community that’s supportive and encouraging is bound to help some people stick with it, and that continued success lends resonance to the enthusiasm.

Sometimes, though, that community crosses the line, and outlandish keto claims abound. Guyenet told me he’s gotten thank-yous from ex-ketoers for “helping them get out of the cult”.

If keto works for you, I’m delighted! If it doesn’t, you’re not alone. The only sure thing in diets is that there’ll be a new one as soon everyone’s tired of this one.