THE NEW YORK TIMES/CNA – Coconut oil continues to be widely touted as a miracle food. Proponents, including a slew of celebrities, claim it promotes weight loss, lowers blood pressure and blood glucose, protects against heart disease, increases energy, reduces inflammation, erases wrinkles and even counters Alzheimer’s disease. Plus it tastes great, so what could be bad?

And if you believe all that, I’ll offer to sell you the Brooklyn Bridge.

“When I see a product with a long list of things it’s supposed to fix, I know it can’t possibly be true,” said New York University specialist on nutrition and food policy Marion Nestle. “Coconut oil has acquired a healthful aura as a superfood and lots of people believe it’s true. They’re guilty of magical thinking and need to stop and think, ‘They’re trying to sell me something’.” Nonetheless, a survey conducted in 2016 found that 72 per cent of Americans viewed coconut oil as a healthy food.

The time is long overdue to relieve coconut oil of a halo that scientific evidence shows it doesn’t deserve and instead give consumers a chance to use the USD40 they may spend on a 32-ounce (946-millilitre) jar of coconut oil to invest in foods that can actually enhance their health. 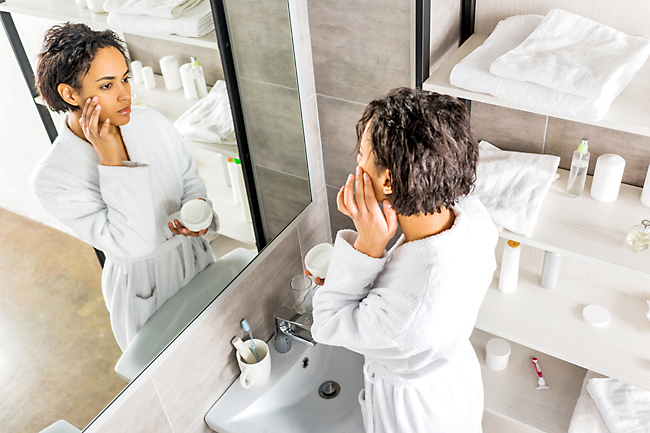 I hope the science-based evidence that follows will convince you to relegate coconut oil to the status of, say, ice cream – an occasional treat best used in modest amounts because you enjoy its flavour and texture.

First, let’s examine exactly what it is. Coconut oil is not really an oil, at least not at room temperatures for most people living in the Northern Hemisphere. It’s more like butter or beef fat, solid when cold. That’s the first clue to the fact that, unlike most other oils derived from plants that primarily contain unsaturated fatty acids, coconut oil is a highly saturated fat, 87 per cent saturated, in fact, far higher than butter (63 per cent) or beef fat (40 per cent). Most experts recommend limiting saturated fats, which can drive up cholesterol levels and lead to clogged arteries.

Perhaps you’ve heard the claim that the primary fatty acid in coconut oil, called lauric acid, doesn’t act like a saturated fat in the body. Not true. Its action most closely mimics that of beef tallow and butter, both of which can promote atherosclerotic heart disease, the nation’s leading killer.

“It’s been known for a long time that coconut oil raises blood levels of artery-damaging LDL cholesterol, and the newest research has strengthened that early understanding,” Sacks told me. In preparing an editorial published last March in the journal Circulation, he said, “I could find nothing in the scientific literature to support advertising claims that coconut oil has some beneficial effects”.

Greenland echoed that assessment, stating that “the marketing of coconut oil is confusing. It’s trying to sell it as a healthy fat, but those who know its composition don’t think that at all”.

These and other experts part company with advertisers and advocates for coconut oil based on its chemical makeup and the well-established biological activity of different kinds of fatty acids.

“Fat can’t circulate by itself,” Greenland said, explaining that long-chain fatty acids like those prominent in beef tallow are absorbed into the bloodstream by fat-carrying particles called chylomicrons that deliver the fat to tissues throughout the body. Chylomicrons keep LDL cholesterol in circulation, giving it ample opportunity to get stuck in arteries. Fats that are mainly medium-chain fatty acids, on the other hand, are more water-soluble; they can be absorbed into the bloodstream without the assistance of chylomicrons and transported directly to the liver, where they are used for energy.

One claim made for coconut oil is undisputed: It can raise blood levels of HDL cholesterol, which has long been thought to protect against heart disease. However, a clear-cut health benefit of HDL cholesterol has yet to be demonstrated in people. As Sacks reported, “Genetic studies and HDL-raising drugs have not so far supported a causal relationship between HDL cholesterol and cardiovascular disease. HDL is composed of a huge array of subparticles that may have adverse or beneficial actions. It is unknown which, if any, foods or nutrients that raise HDL cholesterol do so in a way that reduces atherosclerosis and coronary events.”

WHAT ABOUT PEOPLE WHO CONSUME A LOT?

Proponents are also fond of citing the fact that a number of indigenous populations – including Polynesians, Melanesians, Sri Lankans and Indians – consume rather large amounts of coconut products without suffering high rates of cardiovascular disease. However, most of these people have traditionally eaten coconut flesh or squeezed coconut cream as part of a diet that is low in processed foods and rich in fruits and vegetables, with fish as the main source of protein. They are also far more active physically than typical Westerners.

But even that is now changing, a New Zealand research team reported, with the “imports of unhealthy foods such as corned beef, fast food and processed ingredients, leading to huge increases in obesity and poor health”.

The team’s review of 21 studies of coconut oil consumption prompted the conclusion that consuming coconut products that contain fibre, such as coconut flesh and flour, in a diet rich in polyunsaturated fats and absent in excessive calories from refined carbohydrates would not pose a risk for heart disease. But the researchers found no evidence that could justify substituting coconut oil for other unsaturated plant oils.

Or as Nestle put it, “If you like the way it tastes, in limited amounts it’s fine, but it’s by no means a superfood”. However, she added, if you want to use coconut oil on your hair or skin, no problem.