Using his newly purchased putter, Lowry fired a four-under par 67 on Friday to stand on seven-under 135, four off the lead after 36 holes at Congaree Golf Club at Ridgeland, South Carolina.

“New putter was okay,” Lowry said. “Behaved early on, but then left a few short. It’s funny when you’re kind of not used to something, but yeah, it was fine.”

Lowry responded on Friday with birdies on four of the first eight holes and holed another birdie putt from just inside 10 feet at 13 before his lone bogey at 15.

Lowry broke his putter during Thursday’s opening round and was forced to make his shopping trip as the course equipment trailers had departed the course on Wednesday.

“It just snapped in half, one of those freak things,” Lowry said.

“I was pulling my putter out of the bag and as it came out, it fell. Tried to flick it up with my foot and I caught it like right where the graphite meets the steel on those shafts and it just snapped in half. 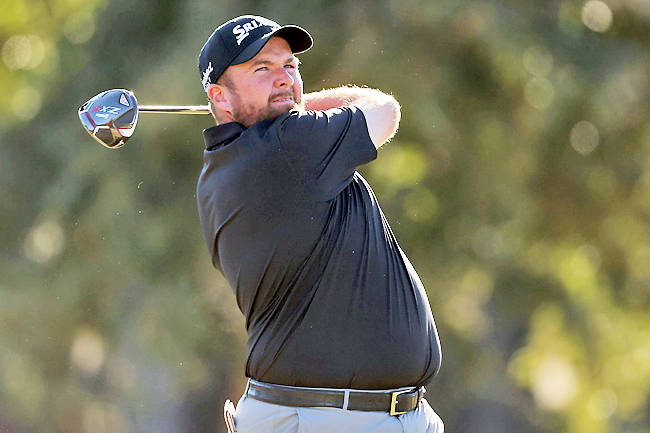