BAGHDAD (AFP) – Bashar Abo Khalil’s PlayerUnknown’s Battlegrounds (PUBG) character dashes around a wall in a pink dress and samurai helmet, thwacking an enemy with a frying pan – standard fare in the mobile game that is a mega-sensation in Iraq.

The online star, known as G2G, is one of many Iraqis hooked on PUBG – a battle royale first-person shooter game that’s reminiscent of the book and film series The Hunger Games.

The mobile version of the game has become so popular in Iraq, where 60 per cent of the 40-million-strong population is under 25, that the country’s youth have been dubbed the “PUBG generation”.

Iraqis across the country are spending hours every day on the game’s virtual battleground, socialising via its live chat, playing competitively or even falling in love.

Abo Khalil, 31, said he used to play for hours to stop thinking about problems. “When you’re playing the game you can become closed off to the rest of the world. It can be like a drug,” he added.

Now based in Turkey, he earns a living streaming games and making videos. 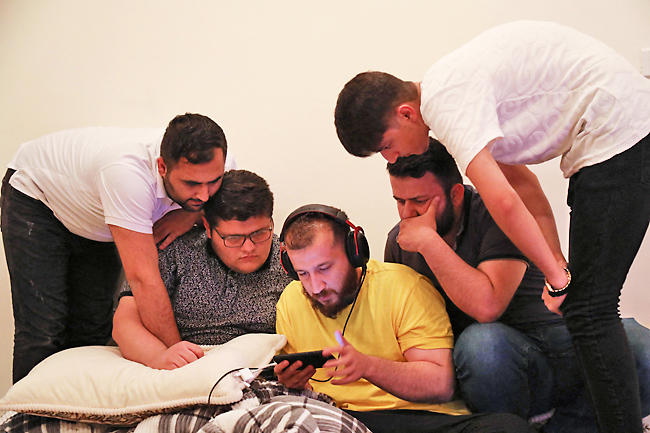 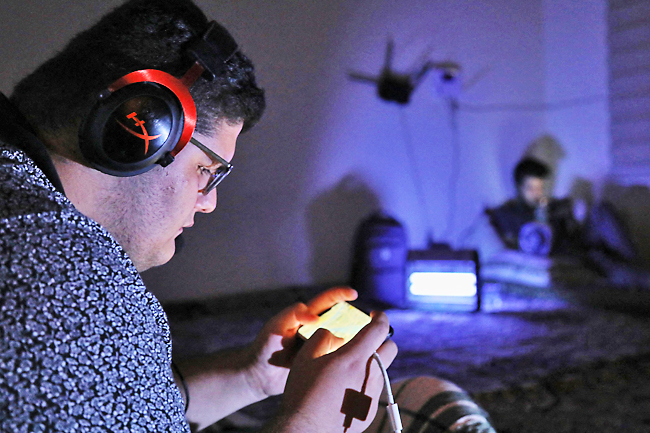 Fan Dalya Waheed said she plays PUBG for an hour or two a day with friends she met on the game, and has even set up a gaming hub at the electronics re-seller where she works. “It’s really easy to meet people on PUBG,” said the woman in her thirties, who lives in Iraq’s autonomous Kurdish region.

Some Iraqi parents have criticised the game as time-sucking or have expressed worry about the violence it portrays, with guns-a-plenty and explosives sending up blood spatter.

But Reshar Ibrahim, who plays PUBG Mobile competitively, said the game would never be as bad as what many Iraqis had experienced in real life over the decades of conflicts that have devastated the country.

“It’s just a game,” said the 19-year-old Iraqi Kurd, who has lived in Sweden for the past three years.

In 2019, the country’s Parliament banned PUBG amid local reports it was leading to bankruptcy, suicide and divorce.

The move, which was easily circumvented, was criticised as being out of touch with the real challenges facing Iraqis.

Nearly 40 per cent of Iraqi youth are unemployed, according to the World Bank, and the country’s poverty rate has doubled to 40 per cent during the Covid-19 pandemic.

Later that year, thousands of young Iraqis – some dressed in PUBG outfits – filled the streets to protest endemic corruption and unemployment. Over the months that followed, some 600 demonstrators were killed in protest-related violence.

Abo Khalil and Ibrahim are just two of many successful Iraqi gamers outside the country, away from the additional challenges of poor Internet and unreliable electricity that players back home face.

Ibrahim, aka Freak, recently won Most Valuable Player in the PUBG Mobile Star Arabia Challenge, which doled out 100,000 in total prize money.

His team, GunZ Esports, won the competition despite one player in Iraq losing power mid-game and another having to travel from southern Najaf to the northern Kurdistan region – where Internet connectivity “is slightly better,” Ibrahim said.

Helmat Shiar, 23, who competed in the tournament with the Iraqi iKurd E-Sports team, said it wasn’t just that Iraqis “play against teams abroad who have much stronger Internet”.

There was also “no support” from private or governmental sponsors, he lamented.

Elsewhere in the Arab world, governments and major sponsors are pouring money into eSports.

In the Gulf, the gaming market is expected to reach USD821 million this year, according to consulting firm Strategy.

Hayder Jaafar said he had struggled for 10 years to register his non-governmental Iraqi Electronic Sports Federation as a full member of the international gaming body before succeeding in 2020.

“The Youth Ministry structure for eSports was last modified in 2009, and a lot has changed in eSports since then,” the 38-year-old told AFP.

Iraq suffers from war-ravaged infrastructure and poor electricity – most households only have a few hours of state-provided electricity per day. But there are 40 million mobile phone connections in the country and 30 million Internet users, according to a 2021
DataReportal study.

Last year, PUBG was the 11th-most-searched term in Iraq on Google, and variations on the game’s name took several top spots on YouTube searches as well.

PUBG’s widespread popularity is in part due to the launch of a free-to-play mobile version by Chinese tech giant Tencent, which said in March that over one billion people had downloaded the app since 2018.

iKurd player Jiner Hekmat, 18, said he was hooked on the mobile version but wasn’t banking all his hopes on being a competitive player, saying he wanted to focus on
his studies.

But, he added, “I’m also going to do everything I can to keep my level in PUBG, and keep playing as long as the game exists.”