DUBAI (AP) – Iran’s paramilitary Revolutionary Guard issued a new warning on Saturday to antigovernment protesters, even as demonstrations continued in cities and university campuses across the country for the sixth straight week.

Also on Saturday, authorities reported that the gunman who killed 15 people at a major holy site in southern Iran earlier this week died in a hospital from injuries sustained during his arrest. Tehran has not disclosed details about the man who carried out Wednesday’s attack on Shah Cheragh in Shiraz.

The Islamic State group claimed responsibility for the shooting. But Iran’s government has tried to blame the attack on the largely peaceful protests roiling the country, without offering evidence. Amaq, the militant group’s media arm, released a video on Saturday that purportedly shows the Shiraz attacker pledging allegiance to the group.

At the funeral for victims of the shooting attack in Shiraz, chief of the Revolutionary Guard General Hossein Salami appealed to Iranians to stop protesting. The Guard and other security forces have violently cracked down on demonstrations with live ammunition, anti-riot pellets and tear gas. 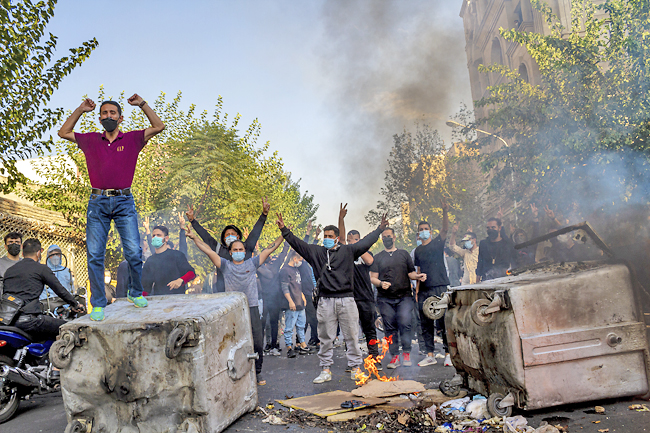