Hossein Amirabdollahian told reporters in Beirut yesterday that he met Saudi Foreign Minister Prince Faisal bin Farhan Al Saud during a conference in Jordan last month that was attended by Middle Eastern and European officials. The meeting between Amirabdollahian and Prince Faisal was the highest-level encounter between the two countries since they cut relations seven years ago.

Saudi Arabia and Iran have been at odds since Iran’s 1979 Islamic Revolution, but relations worsened after the 2016 execution of cleric Nimr al-Nimr by Riyadh. The incident set off protests in both countries.

In Tehran, demonstrators set fire to the Saudi Embassy. Diplomatic relations soured after that. Direct talks were launched in April 2021, brokered by Iraq, in a bid to improve relations. The mere existence of a dialogue was seen as important, even if the only notable result so far has been Iran reopening the country’s representative office to the Organisation of Islamic Cooperation in the Saudi city of Jeddah.

“There was an agreement in our points of view to continue with the Saudi-Iran dialogue in what would eventually normalise relations between the two countries,” Amirabdollahian said about his meeting with his Saudi counterpart in Jordan in December.

“We welcome the restoration of normal relations between the Islamic Republic of Iran and Kingdom of Saudi Arabia,” Amirabdollahian said. The hope, he added, is that eventually “we reach (an agreement on) re-opening diplomatic missions and embassies in Riyadh and Tehran”. 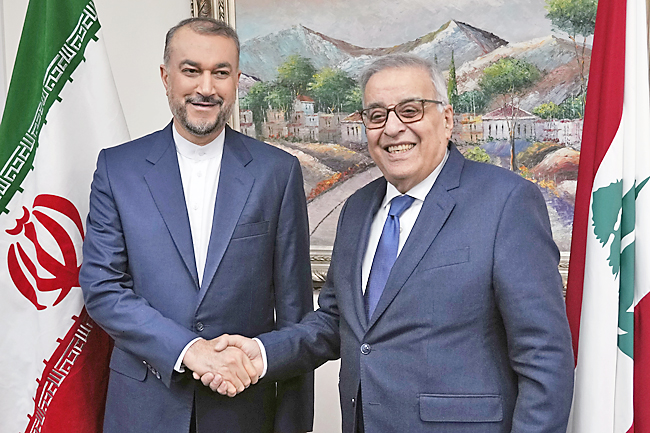