TEHRAN (AFP) – Tehran yesterday rejected United States (US) allegations that Iranian military personnel are on the ground in Russian-occupied Crimea to help Moscow carry out drone attacks in Ukraine.

On Thursday, White House national security spokesman John Kirby said that Iranian forces are “on the ground in Crimea” to assist Russia in its operations, adding that the personnel are trainers and tech support workers.

In response, Kanani yesterday said that Washington “aims to deviate the public opinion from the destructive role they have in the Ukraine war by standing on one side of the conflict and heavily exporting weapons and equipment to Ukraine”.

The US, as well as Britain and the European Union (EU), has already imposed sanctions on Iran as they, alongside Kyiv, accuse Iran of providing drones to Russia to be used in the Ukraine conflict.

Kirby said that “Tehran is now directly engaged on the ground, and through the provision of weapons that are impacting civilians and civilian infrastructure in Ukraine”.

Iran has denied supplying Russia with weapons for use in Ukraine, and the Kremlin has accused the West of seeking to put “pressure” on Tehran with the allegations.

“ Iran has repeatedly announced that it is not a party to the conflict in Ukraine,” Kanani added.

“We are not exporting weapons to any side of the conflict in Ukraine”. 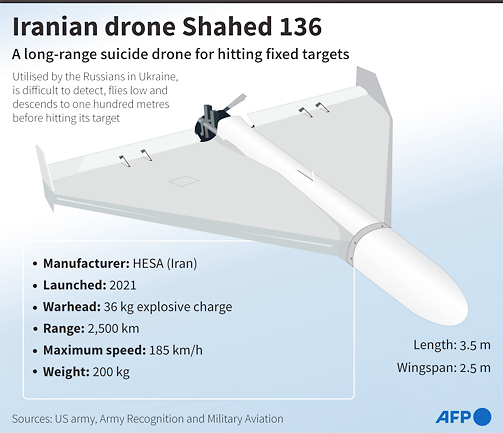