THE WASHINGTON POST – Smoke is the fifth novel in the IQ series by Joe Ide.

If you’ve read any of his other novels starring the rogue East Long Beach private investigator Isaiah Quintabe, known as ‘IQ’, you know that Ide doesn’t write conventional suspense stories – ones with linear plots that move from point A to Z with a few slippery red herrings strewn across the road.

No, if the plot of Smoke were rendered in 3D form, it would look something like that shiny double-helix of a headquarters building that Amazon proposes to build in Arlington, Vancouver. You know: the one that’s drawn comparisons to both a giant spiralling seashell and the poop emoji. As a novel, Smoke is a bizarre marvel: its narrative winding evil and preposterousness round and round.

In the opening of Smoke, Isaiah has put his little house in East Long Beach on the market, bid a painful farewell to the love of his life, an artist named Grace, and hit the road. Isaiah is suffering from Private Eye PTSD. 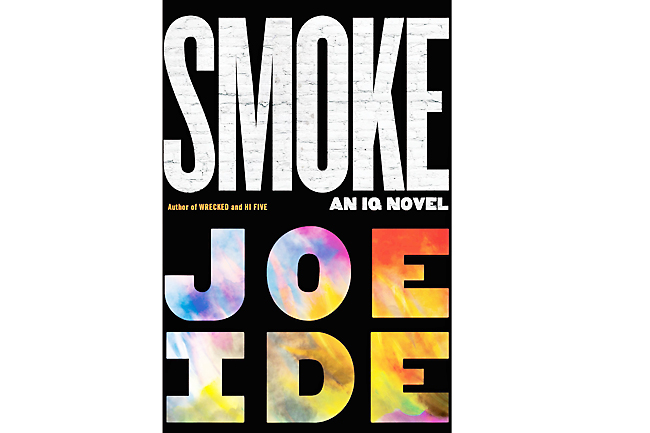 But crime isn’t done with Isaiah.

Driving north, Isaiah randomly stops at the quaint town of Coronado Springs, surrounded by “shadowy woods”. He rents a one-bedroom guesthouse “in a quiet, threadbare neighbourhood” and settles in to read e-books, “He never had the time or the interest to read fiction but he surprised himself. Toni Morrison, Cormac McCarthy, Isabel Allende. He stayed away from crime novels.”

It’s a quiet, albeit melancholy life that, at first, is interrupted only by incidents of mundane racism. When, for instance, Isaiah, who’s Black, takes a walk into a nearby “upscale neighbourhood” that abuts the national park, a police car pulls over and the White officer asked for ID and questions him. The encounter ends this way, “‘Some advice, Mr Quintabe?’ Isaiah knew what was coming. Most Black folks did. ‘Walk somewhere else’.”

Not for long. Shortly after that encounter, a young man named Billy – who is obsessed with serial killers and who’s just escaped from a hospital psychiatric ward – breaks into Isaiah’s kitchen.

Even as he knows not to get involved, Isaiah agrees to hide Billy from that same local police officer who gave him such a nasty welcome to Coronado Springs.

Billy is soon joined in Isaiah’s house by a young woman whose sister was murdered by a serial killer. And, inevitably, that serial killer himself soon arrives in town, thus befouling Isaiah’s refuge.

Confused? It all makes sense in the whirl of Ide’s fate-driven universe. In an IQ novel, there are always many simultaneous subplots that could be introduced with the transition “Meanwhile”.

In Smoke, those subplots include a white supremacist newly released from prison who has a score to settle with Isaiah and has fixed his vengeful eye on Grace; and a grifter who’s trying to extort money from Grace’s roommate, Deronda, who owns a fleet of food trucks. Meanwhile, however, the most inventive subplot involves Isaiah’s good friend Dodson, who’s played Watson to IQ’s Sherlock on many a case.

Dodson’s wife, Cherise, has given him an ultimatum: take the mainstream job she’s lined up for him at an advertising agency or move out. Dodson protests that “I’ll stick out like Lil Wayne at Sean Hannity’s birthday party.”

But Cherise is adamant and it turns out that Dodson, the former street hustler, is a natural genius at selling products through the succinct poetry of ad campaigns. Dodson’s adventures in Don Draper-land are a welcome antidote to the all-too-vivid sadism of the serial killer loose in Coronado Springs. In its own idiosyncratic fashion, Smoke is superb.

Just be forewarned: after enduring the horror and screwball absurdities of the novel’s extended grand climax, readers may well feel that they, like IQ himself, need a restorative break.