In Islamic finance, one of the ways for market participants to raise capital is through the issuance of Sukuk. Sukuk is derived from Arabic word Sakk, which means certificate or order of payment although it commonly refers to Syariah-compliant bonds, an Autoriti Monetari Brunei Darussalam release stated. According to Islamic Financial Services Board (IFSB), Sukuk refer to certificates that represent a proportional undivided ownership in Syariah-compliant tangible assets, usufructs or services. These assets could be in a specific project or specific investment activity that is Syariah-compliant. Sukuk can be invested by both Muslim and non-Muslim investors.

The release added: “Sukuk are often called the Syariah-compliant equivalent of conventional bonds, but in terms of processes, they are actually two different products. Sukuk investors are given beneficial/legal ownership in the asset depending on how the Sukuk are being structured. Meanwhile, bonds only represent debt obligation from the issuer to the bond investors. For this reason, bonds can be used to finance any asset or any project that complies with local legislation but in Sukuk structures, the underlying asset must also be Syariah-compliant. Sukuk and conventional bonds also differ in terms of investment risks and rewards.

Bond holders can receive regular interest payments for the life (duration) of the bond and the principal (initial deposit) is guaranteed to be returned at maturity (the end of the bond). However, Sukuk holders will receive periodic payments representing percentage of actual profits (generated from sale and partnership contracts) and rentals (generated from lease contracts).

Similar to conventional bonds, there are many types of Sukuk depending on their structures. One of the most common structures is Al-Ijarah, which is a form of rental or lease contract. In this structure, the investors become the lessor (beneficial owners) of the asset for the life (duration) of the Sukuk and are entitled to receive profits and rentals from the leased assets. In this structure, an entity called the Special Purpose Vehicles (SPV), will buy an asset and then lease it, allowing the leasing party to be benefit from the asset. The SPV may issue Sukuk certificates to be sold to the investors at principal price. At maturity (the end of the Sukuk duration), the Sukuk issuer will receive the rental and pay the investors back the principal amount plus the rental accumulated.

One of the early examples of the usage of Sukuk to raise funding was in 1775, during which the Ottoman Empire issued esham to fund its budget deficit after its defeat by the Russians. The government then turned the tobacco custom collection into securities, and investors would receive annuity (annual payments) for the rest of their lives.

In the modern day, the first Sukuk were issued by Shell MDS Malaysia in 1990, with the issuance of RM125 million of Al Bai’ Bithaman Ajil Sukuk. In Brunei Darussalam, the first corporate Sukuk was issued by Brunei LNG Sdn Bhd in 2005. In the following year, the Brunei Government launched the short-term Sukuk Al-Ijarah programme.

Since April 6, 2006, the Government of His Majesty Sultan Haji Hassanal Bolkiah Mu’izzaddin Waddaulah ibni Al-Marhum Sultan Haji Omar ‘Ali Saifuddien Sa’adul Khairi Waddien, Sultan and Yang Di-Pertuan of Brunei Darussalam has issued a total of over BND12.73 billion worth of short-term Sukuk Al-Ijarah securities and the total holdings of the government’s Sukuk outstanding as at August 8 stood at BND322 million.

Sukuk is a Syariah-compliant instrument which gives the investors beneficial ownership of the underlying assets. There are different structures of Sukuk depending on the Syariah concepts and the underlying assets. Since the very first issuance in 1990, there has been continuous innovation of the structures, which has allowed Sukuk to be used for many purposes. Sukuk has now grown to become one of the more popular instruments used to raise funding in Islamic finance among governments and corporates.” 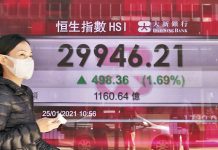 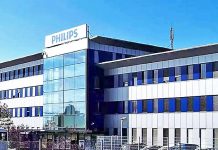 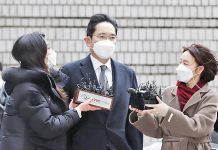