IF YOU have been to London, Kuala Lumpur, Jakarta, or any major city, you can see artistes or musicians performing in public spaces for voluntary donations.

This is called busking.

This opinion letter attempts to encourage the Brunei Government to consider setting up busking zones in the capital to boost the creative industry.

I conducted an online survey, which ran from February 21-25, 2019 in tandem with this study.

A total of 364 responses were recorded, and results showed an overwhelming majority in support of the idea.

Firstly, 72.5 per cent of the respondents strongly agree that busking can promote Brunei’s creative industry.

The United Kingdom’s (UK) Ed Sheeran began his career busking before he achieved global success, for instance. Since then he has made significant economic contributions to the UK.

Ed Sheeran is an extreme example, but no one expected Brunei Darussalam, a nation of 450,000 people, to produce Fakhrul Razi who performed in front of global superstar Shah Rukh Khan.

We even have Putri Norizah who performed before South Korea’s PSY.

If Brunei has its own busking space, we can ‘level the playing field’ for other talents to perform and express their creativity.

It is from these open platforms that more of our country’s talents could be discovered.

In the UK, the creative industry is part of a thriving economic sector. In 2016, it represented £92B of UK’s GDP.

With over 70 per cent of Brunei Darussalam’s GDP based on oil and gas, perhaps exploring and bolstering the creative industry can be a step to take.

While different circumstances may vary substantially between both economies, Brunei has done quite well when it comes to producing homegrown directors, musicians, and artistes.

More of these creative types can contribute to our economy as long as the government continues to create an enabling environment for them to thrive.

In fact, 62.1 per cent of the respondents strongly agree that busking can generate economic activity (eg: part-time work) for youth.

What these types of individuals may lack, especially those who are still young and new, is the opportunity to showcase their skills before the public.

Their eventual success could then reap a lot of economic returns to themselves and society.

By performing in the public space, they can secure gig offers from the public.

If they are paid BND200 for a small family birthday performance, then that is an excellent step to cultivating their entrepreneurial confidence. They can build themselves from there.

It also gives young people the space to express themselves through music and other performances.

At a social level, this is crucial so that it can give room for young people to come together, socialise and have some fun.

At one point in Hong Kong’s (HK) Tsim Sha Tsui Promenade, youth of HK gathered together to perform music.

Some played guitars, others played violin and the rest all sat down singing together in concert their favourite songs.

Surrounding them were tourists and locals alike, all entertained by their sense of solidarity.

A similar case could be made for our youth if they can perform within the busking zones, for example at Bandar Seri Begawan’s Waterfront where flocks of tourists and locals can enjoy our locals’ performances.

On this note, 72.5 per cent strongly agree that busking can serve as an excellent avenue to channel our youth energies to contribute positively to society.

Having busking areas should not be seen to be in conflict with the prevailing culture in Brunei.

Instead, musical performances and busking, in general, could build on our local culture and heritage.

Such a process should be intensified as Brunei seeks to carve out a niche to differentiate itself from the rest of the world.

Young and even the old could perform Gulingtangan or Bermukun in these busking areas in front of tourists. A total of 72.8 per cent strongly agree with the statement.

Imagine if such performance went viral on social media with millions of views.

It can boost the country’s image and identity in the digital community.

Furthermore, a good number of respondents support the idea so long as ground rules are put into place.

Based on their written feedback, these rules include restricting them from playing during prayer time and within a specific area that can easily be supervised.

Licenses can also be given to the performers with compulsory classes they can take to understand and abide by these ground rules.

Other rules include not playing nearby mosques, not allowing them to use amplifiers, and not playing music that is socially and culturally unacceptable (eg: music with explicit lyrics).

These busking areas can be introduced across the commercial or tourist areas in the country. (74.7 per cent strongly agree with the idea)

The top three suggestions given by the public include Bandar Seri Begawan’s waterfront, The Mall, and Jerudong Park.

It would rejuvenate and enliven these areas, thereby reducing the number of Bruneians going to Miri every weekend.

Busking can serve as an excellent opportunity to empower the differently abled here in Brunei to showcase their talents.

This was the case of Singapore’s Daniel Ng, a blind busker who inspires thousands of passerby’s every night as he performs in Singapore’s food courts and high streets.

In this context too, if Singapore has busking areas why can’t Brunei?

Music unites us all regardless of our background and circumstance.

Busking can be an excellent opportunity for Brunei to consider as it fosters creativity, builds on the economy, and provides space for our young people to express their skills or talent.

There should be ground rules and licenses that could be put into place to formalise the process.

Above all, with these busking areas, our young people will get the space they need to express their creative freedom and unleash their innate talent. 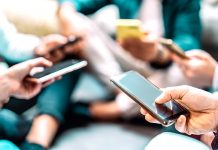 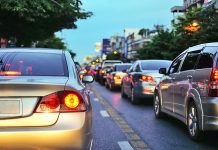