The temperature is expected to top 45 degrees Celsius this week in Multan, and organisers have pushed back the starting time for games to 4pm local time to offer some respite.

Players will be given ice collars and vests during stoppages in play, and extra water breaks to keep them hydrated.

“We’ll try to make the guys understand what they have to do personally to hydrate themselves properly both before, during and after the games,” West Indies coach Phil Simmons said yesterday.

“The heat is going to be extreme, (but) Pakistan are playing in the heat, too, so it’s going to be an even contest when we start the day. How we deal with it before, during and after is going to help us a lot.”

The Pakistan Cricket Board relocated the series to Multan from Rawalpindi last week because of the uncertain political situation in the country. The opposition, led by former prime minister Imran Khan, is planning rallies in the federal capital Islamabad, which is adjacent to Rawalpindi. 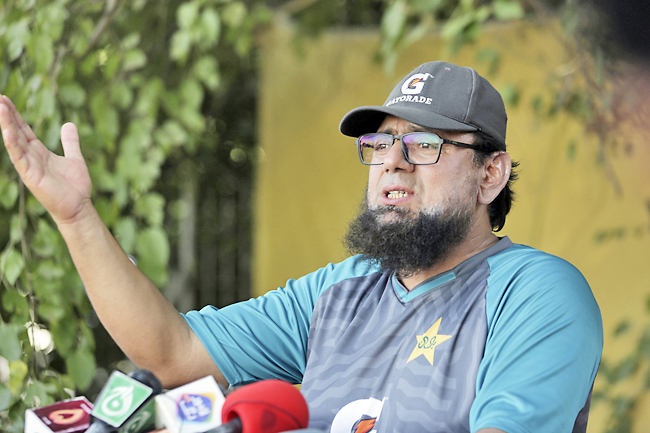 West Indies are coming off a 3-0 series win over Netherlands last week at Amstelveen, where their top order scored prolifically. Shamarh Brooks, Shai Hope and Kyle Mayers scored centuries while Brandon King made 91 not out in the second game.

The spinners – Akeal Hosein and Hayden Walsh Jr – took the bulk of the wickets, combining for 12.

West Indies will be strengthened by the return of Rovman Powell and Romario Shepherd, who both missed the series against the Netherlands because of visa issues. Both players joined the team in Multan late yesterday.

“That series was good in a way because it gave guys a chance to settle in as a team,” Simmons said. “It’s a young team. It’s a case where we needed to play properly. We needed to keep improving and we did that during the series, so it was a good preparation.”

The ODI series in Pakistan was postponed last year after a COVID-19 outbreak in the West Indies squad during the preceding Twenty20 series.

Pakistan has spent a week in Lahore, where the weather is similar to Multan. Captain Babar Azam hoped the players were well prepared.

“Definitely, it is hot, but we are having a conditioning camp and acclimatising to the weather,” Babar said. “As a professional, you have to handle these situations. We do go out to other countries to play, and even during our time in the United Arab Emirates, we used to face similar temperatures. I think it won’t be a problem.”

Pakistan has a strong top order with the likes of left-handers Imam-ul-Haq and Fakhar Zaman opening the innings. Babar, in the middle order, is in the form of his life and has scored prolifically in all the three formats of the game.

Vice-captain Shadab Khan and allrounder Mohammad Nawaz are returning to the ODI team from injuries. Pakistan also has a formidable fast bowling attack with Shaheen Shah Afridi, Haris Rauf and Hasan Ali all performing well in the English county championship.

“We already have openers who are doing well and they are the priority, and you always make your best ones your priority,” Babar said. “These games are crucial for us, and to build a team you have to give players consistent chances.”