ASEAN has come long way in its process of integrating trade in services among its member states as well as with the rest of the world, as published in the fifth edition of the ASEAN Integration in Services.

In its introduction, the report notes that ASEAN economic integration, trade in services integration started in December 1995 through the signing of the ASEAN Framework Agreement on Services (AFAS).

“AFAS provides the formal platform for progressive negotiations on the liberalisation of trade in services, recognising that intra-ASEAN services liberalisation will strengthen the flow of trade and investment in the services sector among ASEAN member states, and will eventually contribute to overall economic integration in the region,” the report said.

Several initiatives have been developed and resulted throughout the process, including the agreements, protocols, arrangements and other legal documents. “But most importantly are the detailed packages of commitments from ASEAN member states to open up their services market to each other across all range of services sectors and sub-sectors.”

As ASEAN is now moving forward with the next major process of integrating its trade in services following the signing of the ASEAN Trade in Services Agreement (ATISA), it will build on all the achievements made to date and mandates ASEAN member states to transition their AFAS Schedules of Commitments into a more comprehensive model form of Schedules of Non-Conforming Measures within specific timelines after entry into force of the ATISA. 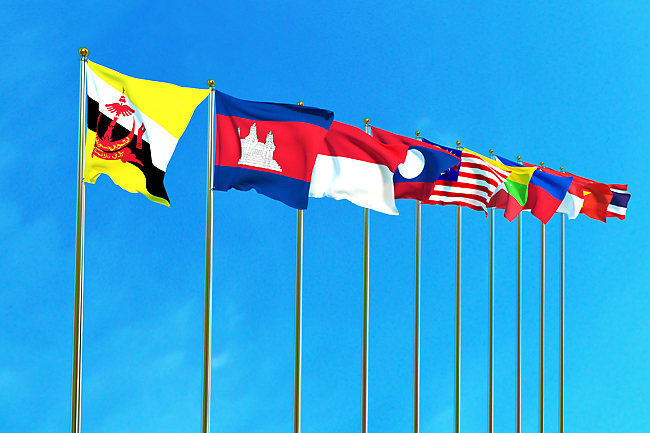 “ASEAN has come a long way in its effort to integrate services sectors in the region, likewise the other ASEAN economic integration initiatives,” states the publication.

It was highlighted that “taking into account not only the diversity of economic development entrenched in the region but also the diversity of regulatory systems and standards, the myriad types of services activities, as well as the wide range of government agencies, regulators and stakeholders involved”, the achievements in multiple fronts “indeed reflect the tremendous effort of ASEAN member states, individually and collectively, in integrating their trade in services environment”.

The conclusion and completion of the ATISA signing in 2020 was described as a historic milestone of ASEAN integration in trade and investment in services.

In addition, “the recent conclusion and signing of the Regional Comprehensive Economic Partnership (RCEP) as one of the most significant free trade agreements (FTAs) in the world marked significant upgrade of ASEAN’s economic engagement with its existing FTA partners, and even economic engagement level among these partners of ASEAN as well.

“The resulting Trade in Services and Temporary Movement of Natural Persons Chapters, along with the resulting market access commitments under these Chapters, have been significantly better than any of ASEAN’s previous FTAs”.

Looking ahead, the report highlighted that “ASEAN needs to move on and chart its way to the next level of economic integration, embracing new challenges and opportunities poised by the ever-changing dynamics of economic and technological developments in the region and beyond. Despite the significance of the RCEP, the need and potential to update or improve ASEAN’s existing FTAs and RCEPs call for further work.

“There have also been a number of ASEAN’s other Dialogue Partners who have been working intensively with ASEAN to explore further deepening of economic ties including possible FTAs. Even within the RCEP, possible further enhancement and accession of other countries are likely”.

The report noted that in the past several years, “there have been several new developments and trends that are likely to render existing approach, modus operandi or best practices in trade in services policies not sufficient, and in certain aspects may even be not effective”.

First is the growing call and need to prioritise that all economic policies contribute to achievement of all of the 17 Sustainable Development Goals (SDGs); second is the accelerating trend of the Fourth Industrial Revolution; and third and most recently is the COVID-19 pandemic measures.

“All these developments suggest that existing trade in services policy emphasising on enhancing openness and transparency may no longer suffice in light of these recent developments.

“New frontiers of paradigms and approaches that balance the interest of services suppliers, consumers, governments, and even the society and environments have to be reflected, reshaped, and renegotiated.”