WASHINGTON (AFP) – Inspired by her homeland’s historic run at the World Cup, Moroccan golfer Ines Laklalech earned a place on the 2023 LPGA Tour after an eight-round qualifying tournament ended on Sunday.

Laklalech fired a one-over par 73 in Sunday’s final round at Highland Oaks in Dothan, Alabama, to finish on 19-under par 555 and share 12th place.

Despite closing with her worst round of the event, her total meant the 25-year-old from Casablanca was among those who claimed berths on next year’s LPGA Tour.

Laklalech fired her low round of the event, a six-under 66, on Saturday as her beloved Atlas Lions, the Morocco national team, became the first African and Arab team to advance to the World Cup semi-finals by upsetting Portugal 1-0 in Qatar.

“I’m a big fan of the Moroccan national team so I’m super, super happy,” Laklalech said. “It definitely gave me an extra boost (Saturday) on the course.”

She said Morocco World Cup coach Walid Regragui’s comments about his squad impressed her during her own breakthrough quest. 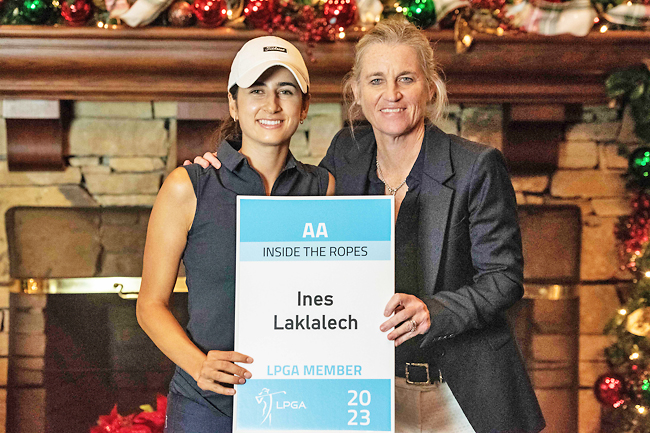