MILAN (AP) — AC Milan forward Zlatan Ibrahimović (pic below) is out again with injury and could miss his side’s Europa League match against Manchester United.

Ibrahimović had to come off on Sunday in the second half of a 2-1 win at Roma after injuring a muscle in his left thigh. The Swedish forward will be re-evaluated in 10 days — the date of the trip to Old Trafford for the first leg of the Europa League round of 16 against his former club.

The 39-year-old Ibrahimović will definitely be out for the Serie A matches against Udinese and Hellas Verona before then. He could also miss the league match against Napoli on March 14 and the return match against Manchester United four days later.

It is a fourth spell on the sidelines for Ibrahimović this season after testing positive for the coronavirus and two other injuries to his left leg.

Ibrahimović has nevertheless scored 14 goals in as many league matches to help Milan to second on the table, four points behind city rival Inter Milan. 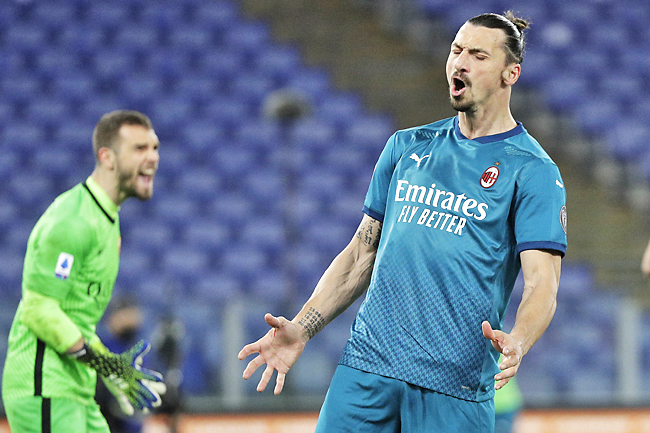