The programme aimed to encourage the residents to support national interests, provide a platform for the exchange of information between the government and the people, brief the public on current issues and government policies and gather public feedback.

The programme saw a discussion on issues regarding the dangers of fake news which can spread fast on social media such as WhatsApp, weChat, Facebook, Twitter and Instagram, causing panic and chaos. 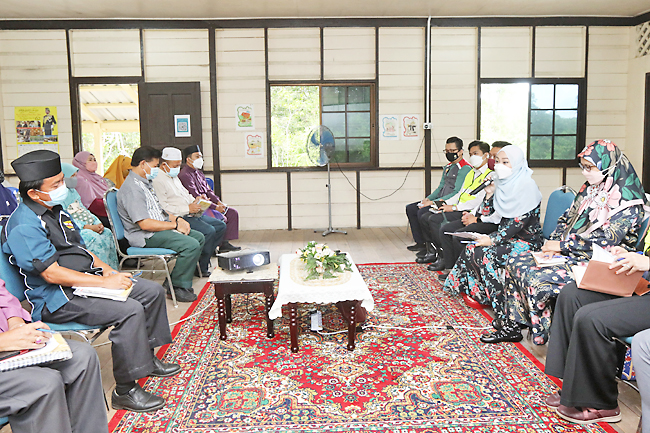 Siti Bismi said, “What is even more dangerous is the fact that some people forward the news upon receiving it without checking for facts or verify its source and authenticity.”

The department warned that anyone spreading fake news or making a false statement is liable to a penalty of up to three years’ jail or a BND3,000 fine.

She added that penalties of two years’ jail and a BND5,000 fine await offenders, who have violated, attempt to, instigate or conspire in circulating articles of libel in nature through print, broadcast, circulate, sell or offer to sell the news.

The discussions were open to the attendees in a dialogue session raised by villagers and residents.