The event began with the recitation of Surah Al-Fatihah and Doa, followed by a welcoming speech by Brunei Press Sdn Bhd General Manager Hazizah Osman who touched on the BBYB rebranding exercise five years ago that focussed more on business and investment opportunities where the BBYB Networking Session began in 2017 through discussions
and feedback.

“This year, our mini exhibition continues to grow with interactive booths, providing more avenue for information sharing among participants,” said the general manager.

In line with Brunei Darussalam’s chairmanship of ASEAN 2021, Hazizah added that this year’s networking session is held at the Malay Technology Museum to showcase the country’s rich cultural heritage displayed through the museum’s exhibits along with a wonderful spread of food to showcase cuisine across ASEAN.

She said the BBYB was first introduced in 1993 and has since been published annually and distributed via redemption coupons in Borneo Bulletin and Media Permata, and is now available in print and online. 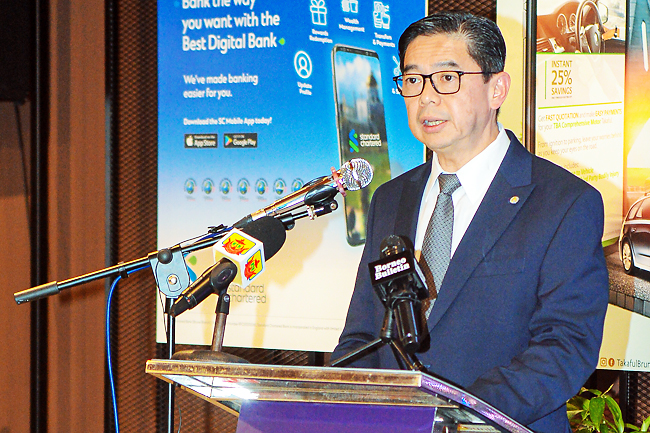 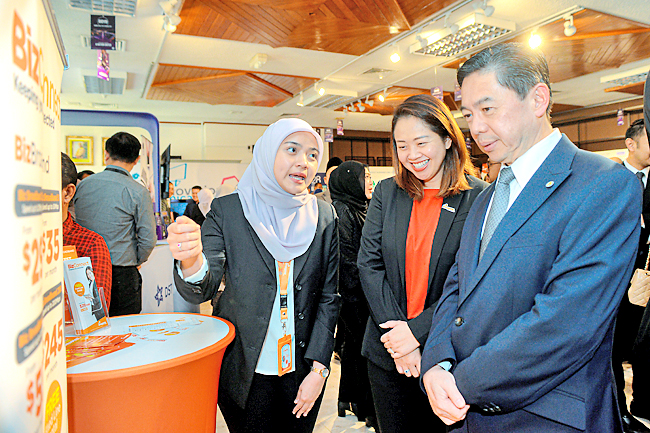 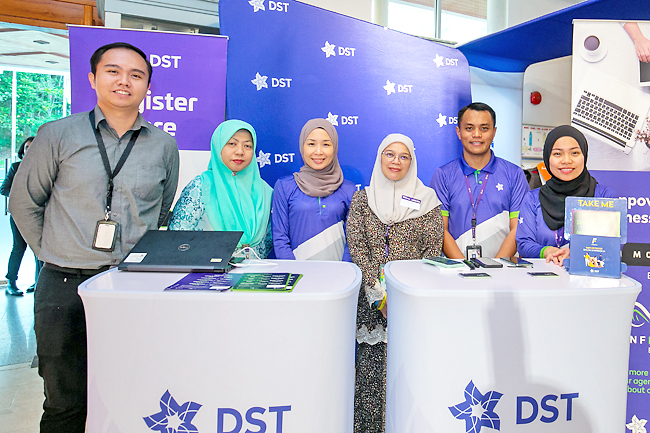 “With a circulation of over 50,000, the yearbook has become the sought after business guide to Brunei. This year the BBYB website registered 2.2 million page views and six million hits,” she added.

Hazizah later revealed that the Borneo Bulletin Yearbook 2022, themed ‘Dynamic and Sustainable – An Economy of Opportunity’, will provide insights into the initiatives implemented by Brunei to support the growth of industries across various sectors, particularly following the unprecedented challenges of the COVID-19 pandemic, as well as the measures put in place to assist local businesses.

“A key spotlight for next year’s edition will be a special section on successful leading women in Brunei – many of whom we see here today,” said Hazizah.

“The success of the yearbook for the past 28 years is attributed to the demand for a comprehensive guide to Brunei. As we evolve further to cater to the fast changing market, we look forward to your continuous support.”

The event also saw a speech delivered by the guest of honour, followed by a tour around the mini exhibition.

The year 2020 will be remembered as a challenging year for many, with the impact of the COVID-19 pandemc felt around the world, including Brunei Darussalam. However, it will also be remembered as a year where the nation united, working together to curb the spread of the virus. The theme for BBYB 2021 – Looking Ahead, A Nation United – summarises this perfectly.

This year also marks a momentous year for the country as it takes over the ASEAN chairmanship, providing an opportunity to further foster cooperation and unity around
the region.

The BBYB Networking Session is conducted in a more cultural setting at the Malay Technology Museum in line with Brunei Darussalam’s ASEAN chairmanship. Guests were treated to traditional gulingtangan music and a selection of canapes representing the ASEAN member countries.