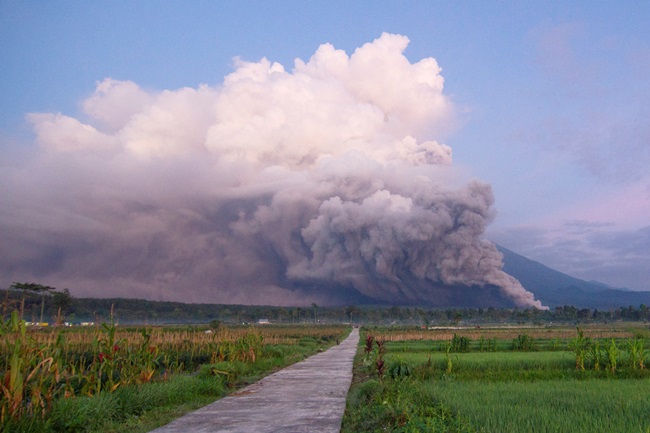 LUMAJANG, Indonesia (AFP) – Indonesia’s Mount Semeru erupted on Sunday spewing hot ash clouds a mile into the sky and sending rivers of lava down its side, sparking the evacuation of nearly 2,000 people exactly one year after its last major eruption killed dozens.

The eruption of the highest mountain in Java, some 800 kilometres southeast of Jakarta, prompted authorities to raise the alert status to the highest level.