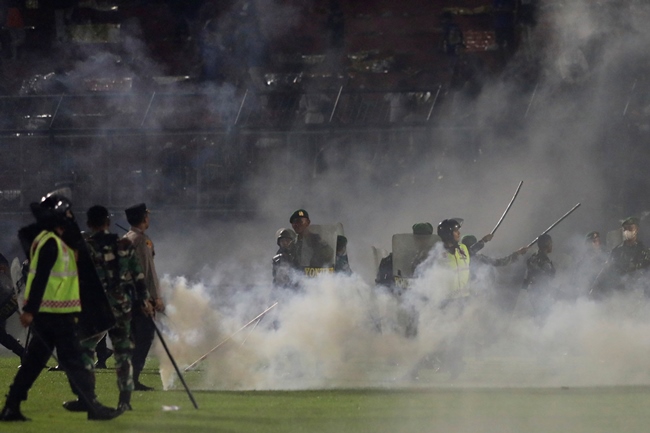 From his seat near an exit, he said he watched the melee unfold on Saturday night as angry fans poured into the field to demand answers after host Arema FC of East Java’s Malang city lost to Persebaya Surabaya, its first defeat ever on its home turf. The mob threw bottles and other objects, and the violence spread outside the stadium, where police cars were overturned and torched.